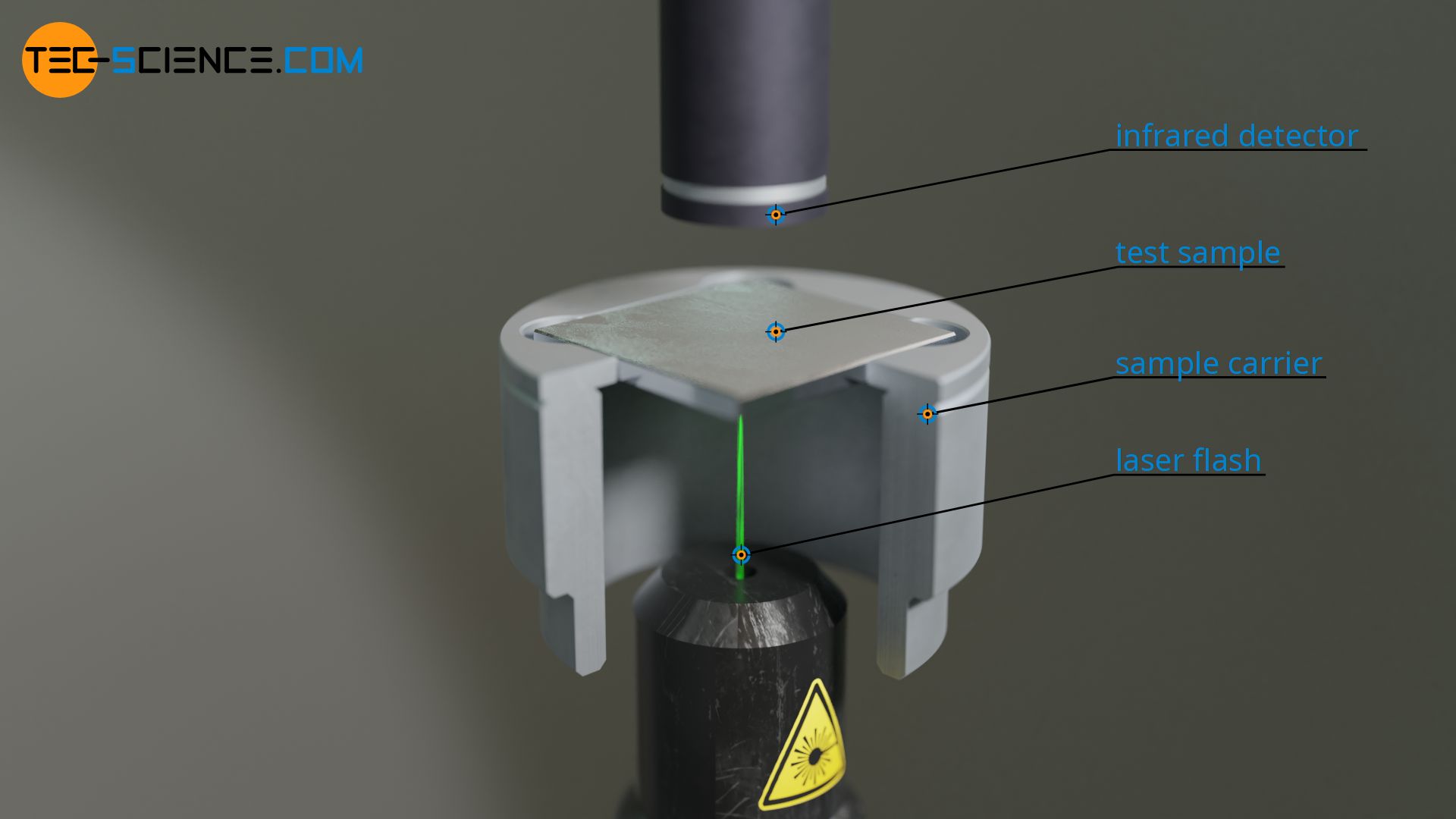 With the Laser-Flash method (Laser Flash Analyser, LFA), the thermal conductivity is determined by the temperature rise in a test sample that is heated by a short laser pulse from one side:

The Laser-Flash method or Laser-Flash-Analyser (LFA) is based on the rise of temperature on one side of a prepared test sample when it is heated by a short laser pulse from the other side. The energy of such a pulse is around 15 J. The temperature increase caused on the sample surface then propagates as a kind of heat wave through the sample until it is detected on the opposite side by an infrared measuring device. The sample itself can be heated to different temperatures in an furnace. In this way, the dependence of thermal conductivity on temperature can be examined.

In contrast to the Guarded-Hot-Plate method or the Heat-Flow-Meter method, the Laser-Flash method is not based on a steady state, but on an unsteady state of temperature propagation. How fast the temperature propagates in the sample depends on the thermal diffusivity “a” of the material, which in turn is directly linked to the thermal conductivity λ by the density ϱ and the specific heat capacity cp:

The figure below shows schematically the temperature rise on the side of the sample facing away from the laser. From this diagram, the thermal diffusivity is first determined using the formula given below. In this formula, Δx denotes the sample thickness and t denotes the point in time at which the upper side has just reached half of the maximum temperature rise ΔT. The sample itself is usually only a few millimeters thick and the actual measurement is completed in just a few milliseconds.

If density and heat capacity of the sample are known, then the thermal conductivity can finally be determined with equation (\ref{d}).

The range of application of the Laser-Flash method is quite large compared to the other methods. Thermal conductivities in the range between 0.1 W/(mK) and over 1000 W/(mK) can be determined at temperatures between -150 °C and over 2500 °C. The thermal conductivities of liquids can also be investigated using the laser flash method. This method is becoming increasingly important in industry.