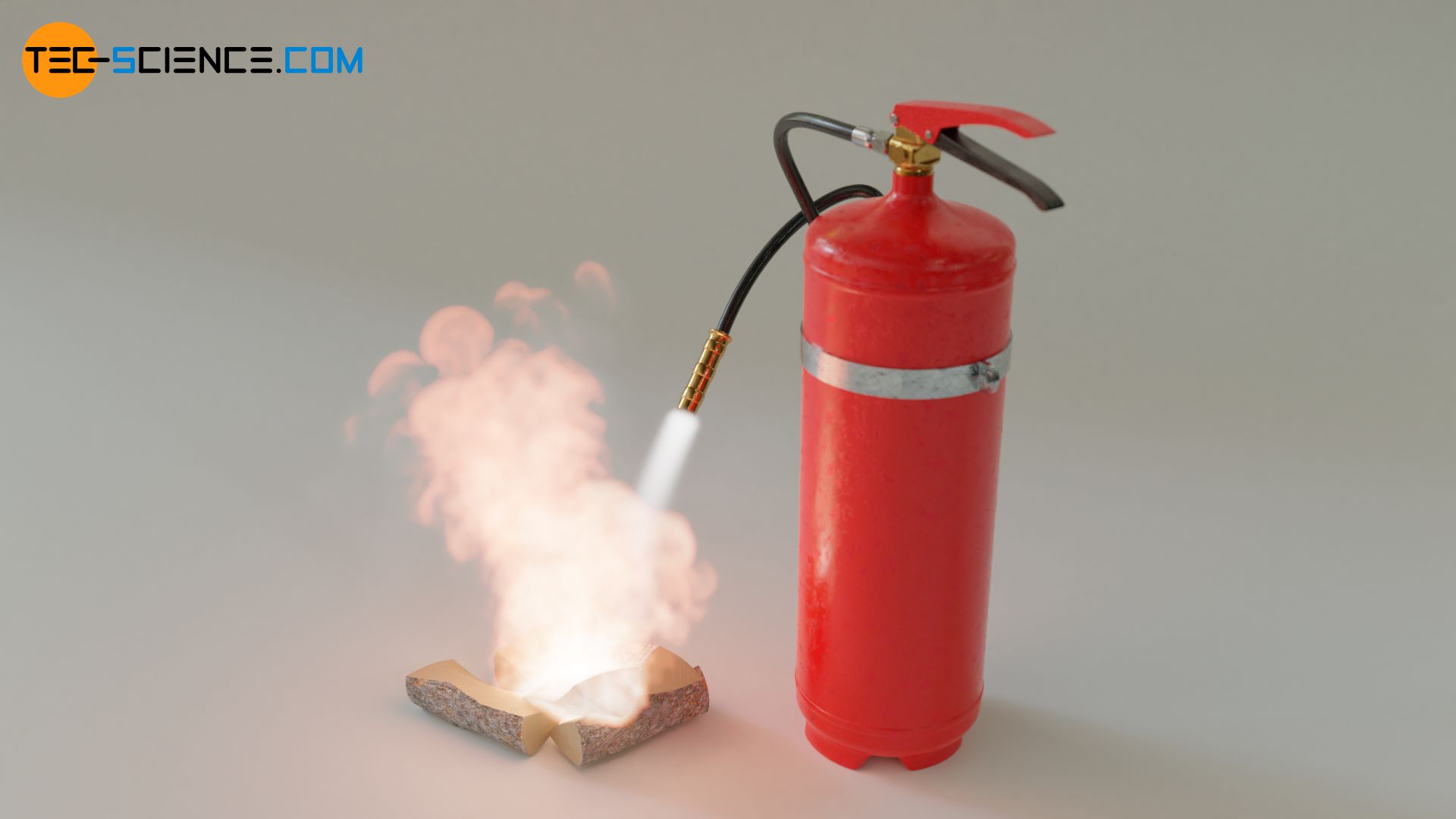 By absorbing a very large amount of heat during vaporization, water draws energy from the fire site and thus cools it down until the fire goes out!

To vaporize water, the water must first be heated to boiling temperature. Heating one kilogram of water from 20 °C to 100 °C requires 336 kJ of heat. For the subsequent vaporization, further heat energy must be added to break the intermolecular bonds that hold the water molecules together in the liquid phase. The complete breaking of these hydrogen bonds requires another 2257 kJ of heat. This heat energy required for vaporization is also known as the heat of vaporization. Thus, vaporizing water requires more than 6 times as much heat as was needed to heat it to boiling temperature.

Water needs a multiple of the amount of heat for vaporization compared to heating up to boiling temperature!

By absorbing a very large amount of heat during vaporization, water draws energy from the fire site and thus cools it down until the fire goes out!

If the water did not vaporize when pouring it on a fire, but only heated up, then the water would not draw the enormous heat energy from the fire site due to the lack vaporization. So the water would not have the cooling effect by far and could not extinguish the fire so effectively. The vaporization of the water is therefore essential when it comes to extinguishing a fire with water. The temperature of the water plays a negligible role. Boiling water is also suitable for firefighting (at least when it comes to fires that can be extinguished with water – water must not be used for metal fires, as it decomposes and forms highly explosive oxyhydrogen gas!).

In fact, the excellent extinguishing effect of water is not only due to the great amount of heat of vaporization. The fact that water expands strongly during vaporization also plays an important role. One liter of liquid water, at constant pressure, becomes about 1700 liters of water vapor. This enormous increase in volume during vaporization displaces the oxygen necessary for combustion from the fire site and the fire suffocates. This happens particularly effectively when the liquid water is atomized into droplets (water mist) and sprayed onto the fire site. In this case, even oil or grease fires can be extinguished with the water mist, which may not normally be extinguished with liquid water. This is because in this case the fine water droplets vaporize before they come into contact with the burning oil. This prevents the oil from being swept up into the air by vaporizing water, which normally leads to an increase in the fire rate.