Home Mechanics Gases and liquids Why does water boil faster at high altitudes? 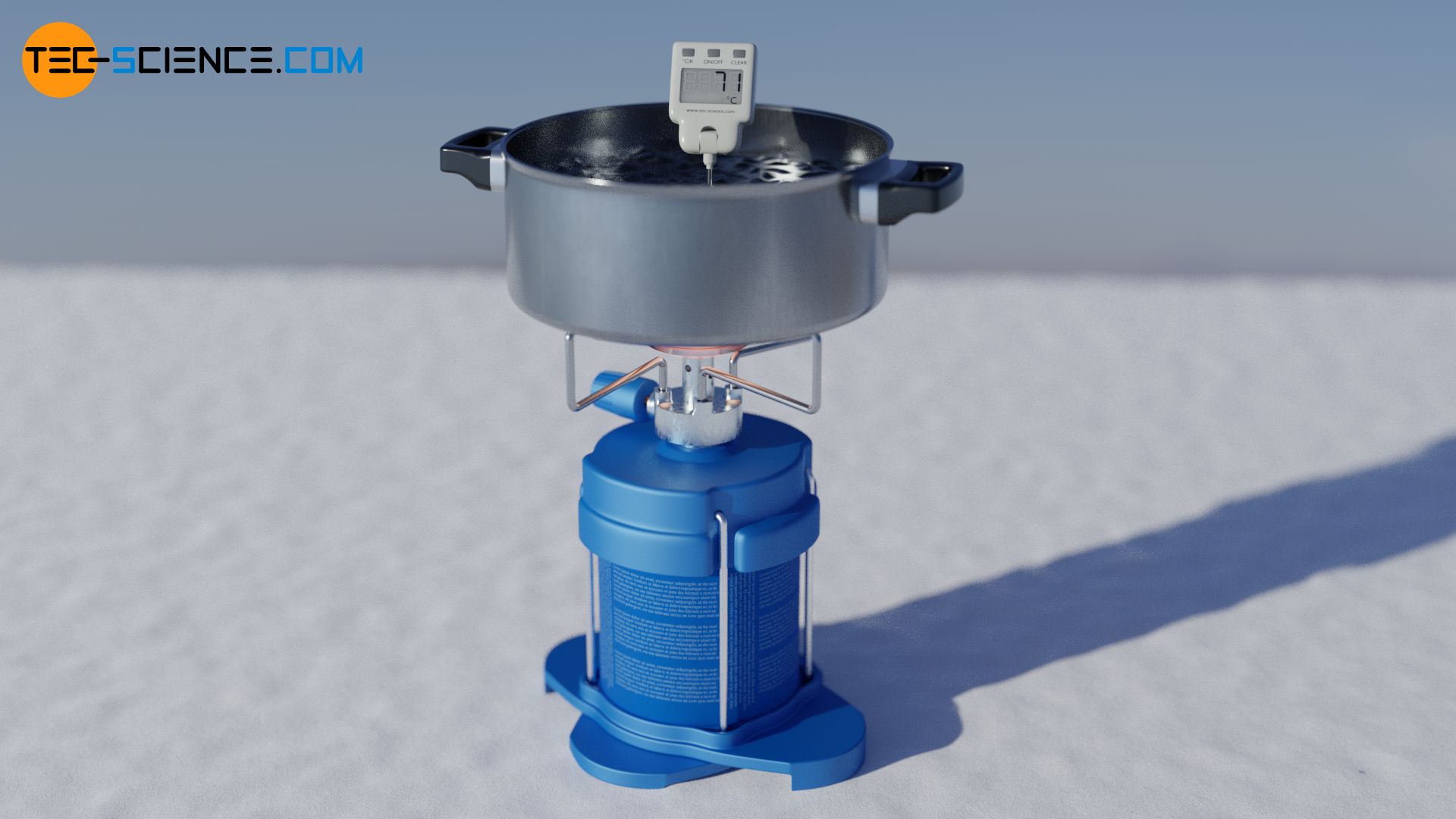 Due to the lower pressure, the boiling point of water decreases and the water boils earlier at high altitudes.

However, on Mount Everest at an altitude of 8849 m, the air pressure is only around 0.325 bar. Due to this significantly reduced pressure, the water already begins to boil at a temperature of around 71°C. However, since the temperature does not rise any further during boiling, the cooking of foods such as potatoes or pasta thus takes significantly longer (see also the article Why does the temperature remain constant during a change of state?).

Explanation with the particle model

During boiling, the liquid vaporizes and becomes gaseous. In this vaporization process, energy is absorbed by the liquid and added to the molecules, allowing them to break free from the molecular binding forces of the liquid and enter the gas phase. At an ambient air pressure of 1 bar, vaporization of water takes place at a temperature of 100 °C.

The boiling temperature of a liquid increases with increasing ambient pressure!

Under high ambient pressure, water consequently also boils at higher temperatures. This is used, for example, in so-called pressure cookers to heat the water to over 100 °C. A pressure cooker seals the pot of water gas-tight. During vaporization, water normally expands 1700 times. However, since this is not possible with a sealed pot, the pressure consequently increases. A pressure relief valve usually limits the pressure to a maximum of 2 bar. The boiling temperature rises to around 120 °C at this increased pressure. As a result, food prepared in the pot is no longer cooked at just 100 °C, but at 120 °C!

The following experiment provides an impressive demonstration of the decrease in boiling temperature with decreasing pressure. For this purpose, a glass with water is placed under a vacuum chamber. A thermometer is placed in the glass to observe the temperature. The thermometer indicates a temperature of 20 °C. Now the vacuum pump is switched on and thus the pressure is reduced step by step. Below a pressure of about 0.023 bar, one then observes small bubbles rising in the water. This is the typical phenomenon when water boils, with the temperature still at 20 °C. And indeed, at a pressure of 0.023 bar, the water already begins to boil at 20 °C.