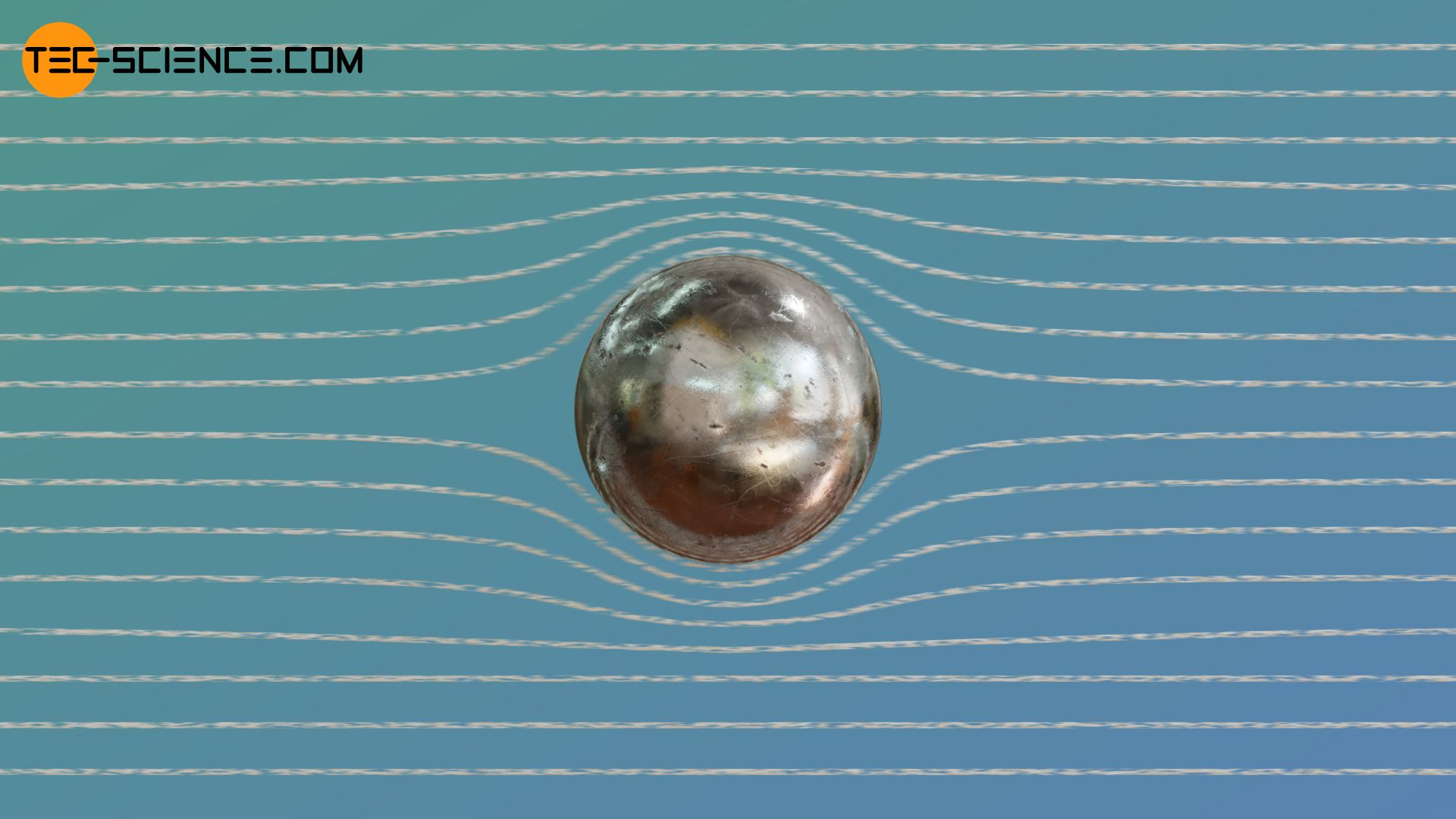 Stokes’ law of friction describes the drag force acting on a spherical body around which a laminar flow passes.

In general, the drag force Fd of a body can be calculated with the following formula:

The area A of the body pointing in flow direction (projected area) also has a decisive influence on the drag. One can imagine that the object is illuminated by a lamp in the flow direction. The resulting shadow cast on a wall behind the object would then correspond to the projected area A.

The projected area only describes the size of the body surface exposed to the flow, but not its exact shape. However, the shape is of decisive importance when it comes to flow resistance. For example, the drag of a hollow hemisphere is almost four times greater when the flow is against the concave side than when the flow is against the convex side of the hemisphere, although the projected area is obviously the same in both cases. This influence of the body shape on the drag is expressed by a dimensionless drag coefficient cd.

The drag coefficients of geometrically complex objects are usually determined by experiments in wind tunnels or water channels. For relatively simple geometric shapes such as smooth spheres, however, scientists have tried to calculate the drag coefficients under simplified conditions. The scientist Kaskas developed the following formula for the approximate calculation of the drag coefficient of spherical bodies in laminar flows:

Despite laminar flow, flow separation (boundary layer separation) and vortices usually form behind a spherical body, which at high Reynolds numbers result in a turbulent wake. The figure below shows a schematic streamline image of a laminar flow around a ball with turbulent wake.

Only at low flow velocities, where the Reynolds number is less than 1, a symmetrical streamline pattern can be assumed. Such a flow is also called a creeping flow and is completely attached to the sphere and does not form any vortices on the downstream side. In this case, the scientist Stokes was able to derive the following formula for determining the drag coefficient from the Navier-Stokes equations:

The flow resistance of a spherical body caused by a laminar flow depends on the viscosity of the fluid η, the flow velocity v∞ and the radius r of the sphere. Note that the flow velocity no longer influences the drag with the square of the velocity, but only proportionally!

Stokes’ law of friction for laminar flows around spherical bodies states that the drag force is proportional to the viscosity of the fluid, the flow velocity and the radius of the sphere!