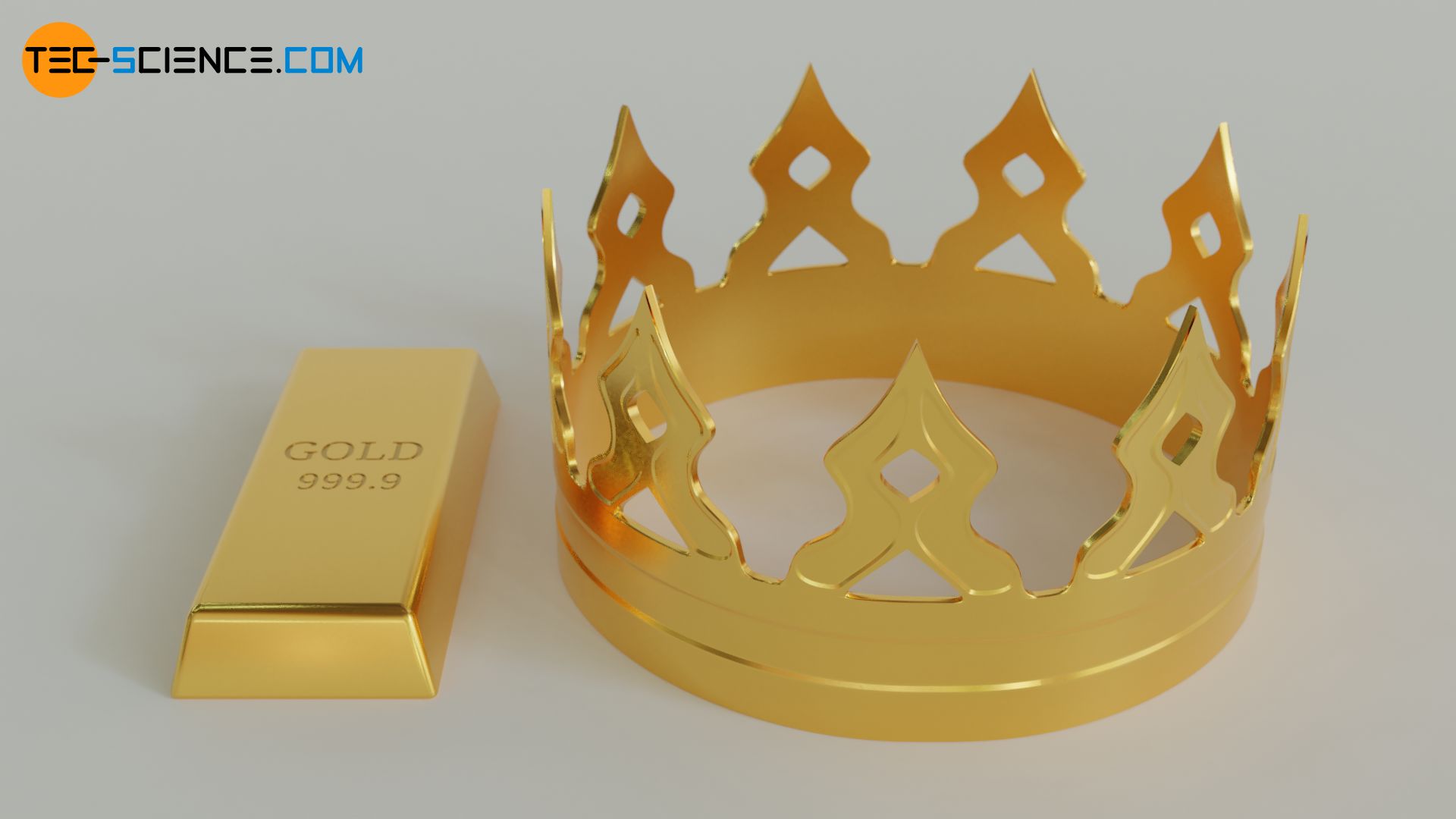 Archimedes’ principle states that the buoyant force of a body immersed in a fluid is equal to the weight of the displaced fluid. Learn more about it in this article.

The story about the crown of Archimedes is, according to tradition, the following. More than 2000 years ago, King Hieron II of Syracuse reigned. He commissioned a goldsmith to make his crown out of pure gold. After Hieron received the crown, however, he could not shake the feeling that the crown was not made of pure gold at all. To make sure that the goldsmith had not cheated him, he asked the scientist Archimedes to look into the matter and check the crown.

Archimedes did not know at first how to prove or disprove that the crown was made of pure gold. To think better, Archimedes took a warm bath in a wooden barrel filled to the brim with water. As the water overflowed when he got into the barrel, an idea came to him. He then examined various bodies, each of which he placed in a vessel filled to the brim with water. Some objects floated on the water surface and some sank to the ground. For the objects that floated on the water, the buoyant force was therefore just as great as the weight force.

In each case, he also examined how much water overflows from the brim-full vessel when each of the various objects was placed in it. He found that the weight of the displaced fluid (overflowing water) is just equal to the buoyancy. This is also known as Archimedes’ principle.

Archimedes’ principle states that the buoyant force of a body immersed in a fluid is equal to the weight of the displaced fluid!

With the help of this principle, Archimedes had now found a way to check the purity of the crown. According to tradition, Archimedes ran through the streets shouting “Eureka! Eureka!” (the word “eureka” comes from the ancient Greek and means something like “I have found [the solution]“). If the crown should not be made out of pure gold, but mixed with cheaper silver, then the crown would have a greater volume due to the lower density of silver (gold counts to the 10 heaviest elements, silver is about half the weight).

Due to its larger volume, the fake crown would thus displace a greater mass of water when immersed. According to Archimedes’ principle, the buoyant force would therefore be greater than for a crown made of pure gold. Archimedes therefore took a beam balance and placed the crown on the disk. On the opposite disk he then placed an ingot of pure gold, which was as heavy as the crown.

If the crown should indeed be made of pure gold, then the volume of the crown and the ingot should also be the same. Note that metals cannot be compressed, i.e. the volume of a metal object cannot be changed, but the volume can only be changed into a different form. Archimedes now placed both disks together with the crown or ingot in two vessels and filled them with water. The beam balance now tilted in the direction of the gold ingot.

If the goldsmith had used tungsten instead of the lighter silver, the cheating might not have been noticed, since tungsten (19.35 g/cm³) has almost the same density as gold (19.32 g/cm³), and thus the volumes are also almost identical for the same mass. 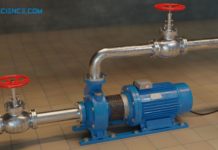 How does a centrifugal pump work?