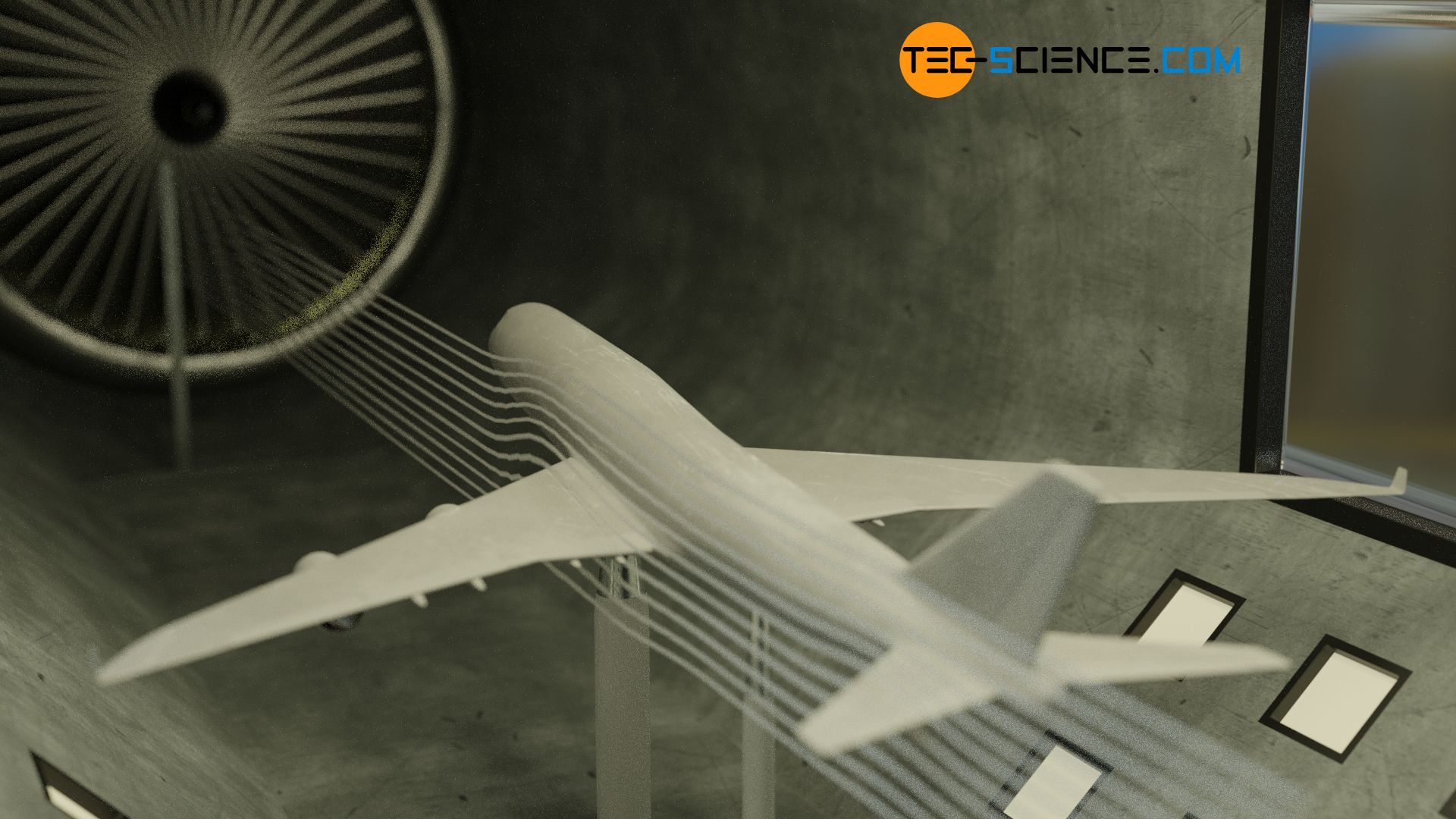 The Reynolds number is a dimensionless similarity parameter for describing a forced flow, e.g. whether it is an alminar or turbulent flow.

The definition of viscosity implies that the motion of the fluid can be divided into individual layers that shift against each other. Such a layered flow is also called laminar flow. If one imagines in thought massless particles that one introduces into such a flow, then these would move along straight paths with the flow. These imaginary flow paths are also called streamlines.

Streamlines are imaginary flow paths on which massless particles would move in a fluid!

At high flow speeds, however, turbulence occurs in fluids, so that laminar flow no longer occurs. In this case one speaks of a turbulent flow. The turbulent flow is caused by disturbances in the well-ordered flow, which are always present. However, these disturbances can be compensated to a certain degree by a relatively strong internal cohesion of the fluid, so that the flow remains laminar.

At high flow speeds, however, the inertial forces of the fluid particles are so great that the disturbances can no longer be compensated for by the cohesion forces. Crossflows are formed, which interfere with the main flow and thus lead to the formation of vortices. The flow velocity at which such vortices or turbulences are generated is determined by the kinematic viscosity. After all, a high kinematic viscosity means a relatively strong internal cohesion of the fluid, which is able to compensate for disturbances.

In chemistry, the flows in stirred tanks, which are generated when mixing liquids with a paddle, are also of great importance. The type of flow that occurs depends on the speed with which the paddle stirs through the liquid.

The reference point for the speed is the outermost part of the paddle. This speed thus depends on the diameter D and the frequency f of the rotating paddle v~D⋅f). Even if this is not the actual flow velocity of the fluid, for practical reasons this velocity is still used as flow velocity to define a Reynolds number. In this particular case of stirred vessels, the Reynolds number Rev is determined as follows (the frequency is to be given in the unit of revolution per second):

However, in the case of vehicles or airplanes, turbulent flows are generally disadvantageous, as they ultimately mean that energy is dissipated. That is why these objects should be designed streamlined, so no turbulences come up.

In engineering, we are often dealing with flows through pipes. Think for example of water pipes or gas pipes in buildings. In such pipes the flow velocities in the case of water are in the order of 1 m/s. The inner diameter of the water pipes is about 20 mm. With a dynamic viscosity of water of 1 mPas (millipascal second) and a density of 1000 kg/m³, one already obtains Reynolds numbers in the order of 20,000!

Similar results are obtained for natural gas pipelines with a diameter of e.g. 50 mm and a flow velocity of 5 m/s. With a density of 0.7 kg/m³ and a dynamic viscosity of 11 µPas, Reynolds numbers of 15,000 are obtained. These examples show that turbulent pipe flows occur far more frequently in technical practice than laminar flows!