Home Mechanics Gases and liquids What ist the Magnus effect? 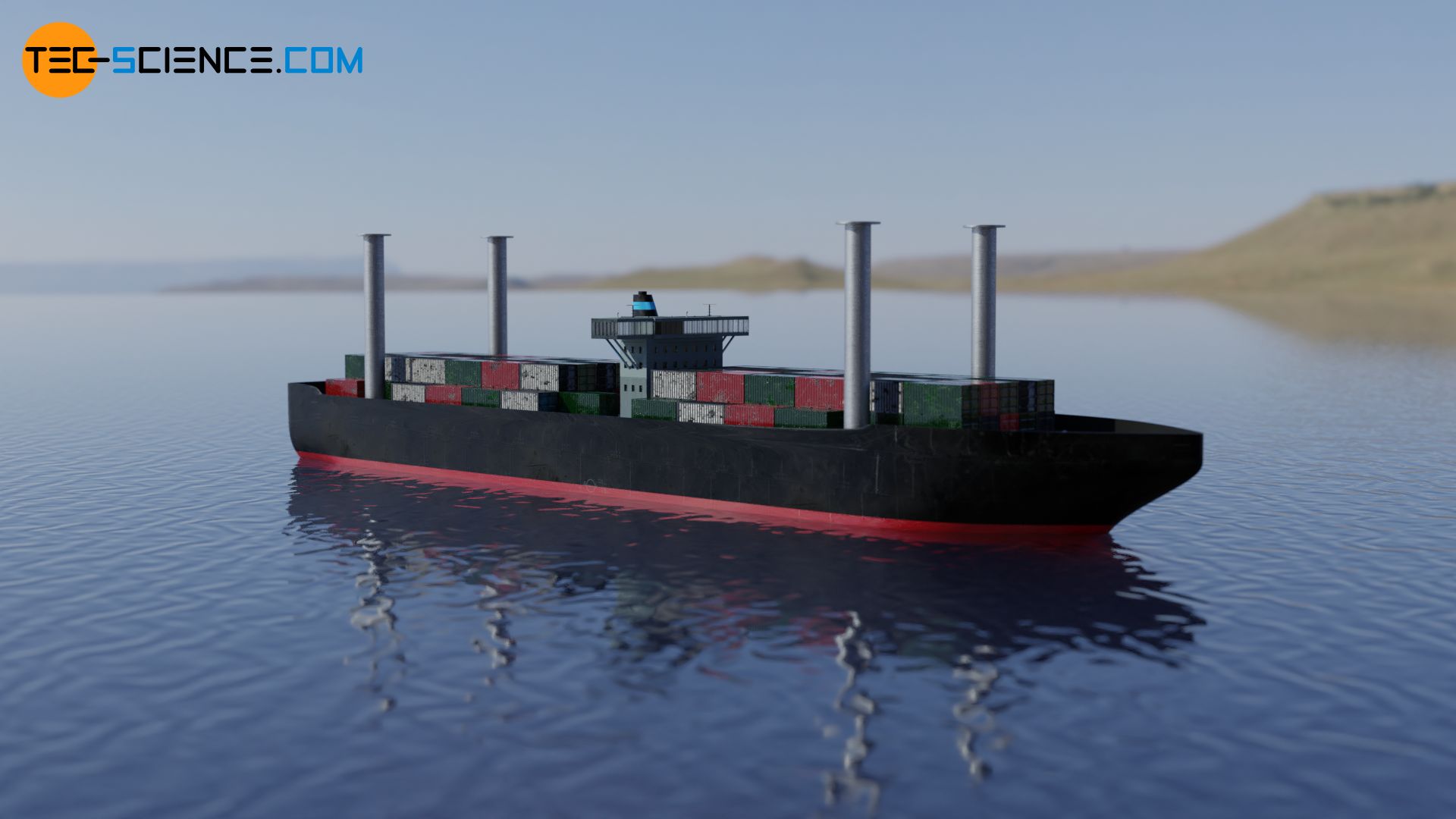 The Magnus effect refers to the lateral force acting on rotating round bodies in a flow!

Anyone who has ever played football has most likely already had to deal with the Magnus effect. If you give the ball a rotation (spin), it moves on a curved path. The direction in which the ball is deflected is the same as the direction of the spin. This phenomenon is called Magnus effect.

The Magnus effect is referred to as the lateral force exerted by a flow on a rotating round body!

The Magnus effect is not only present when playing football, but also when playing tennis. For example, topspin ensures that the ball falls down as quickly as possible after crossing the net. The opposite to topspin is slice, which is also based on the Magnus effect. The Magnus Effect is also used in technical applications, for example in the form of Flettner rotors (more about this later).

So how does such a deflecting force come about. To answer this question, we take a closer look at the flow around a rotating cylinder at a fixed position. Note that it is irrelevant whether a body is moving in a resting fluid (e.g. a flying football in resting air) or a resting body is flowed around by a fluid (e.g. a resting football in the wind). What matters is only the relative speed between body and fluid.

The flow field around a straight moving and rotating cylinder finally results from two superimposed flows:

For the sake of simplicity, we assume a completely laminar flow around the cylinder, neglecting friction (potential flow). If the cylinder does not rotate, a symmetrical flow around the cylinder is obtained. The streamlines are equally displaced upwards and downwards. The denser streamlines clearly show an increase in flow velocity (see also the article Streamlines, pathlines, streaklines and timelines). Physically, this is based on the conservation of mass. A constriction of the flow cross-section inevitably means an increase in flow velocity, since the same mass must still flow through the considered cross-section.

Explanation by the Bernoulli Effect

According to the Bernoulli equation, different flow speeds are associated with different pressures. The higher the flow velocity, the lower the pressure (also called Venturi effect). Consequently, the pressure in the area where the flow is directed with the rotation of the cylinder is lower than at the opposite area where the flow is directed against the rotation of the cylinder. In total, a lateral deflecting force (with regard to the direction of flow) thus acts on the rotating cylinder. This is the Magnus effect.

Explanation by the boundary layer separation

In fact, flow separation (boundary layer separation) also plays a role for the Magnus effect. In practice, the laminar flow around a cylindrical body is completely attached to the body. Due to the deceleration of the fluid after passing the thickest point of the cylinder (widening of the streamlines!), the pressure rises again according to the Bernoulli equation. This increase in pressure (called adverse pressure gradient) causes the fluid to flow back inside the boundary layer. As a result, the flow separates from the cylinder.

The fluid is thus deflected when flowing around the rotating cylinder. Obviously, the cylinder causes a lateral momentum to the flow, which must be the result of force. According to Newton’s third law (action=reaction), this means that, conversely, a lateral force is also exerted on the cylinder by the flow. The Magnus Effect.