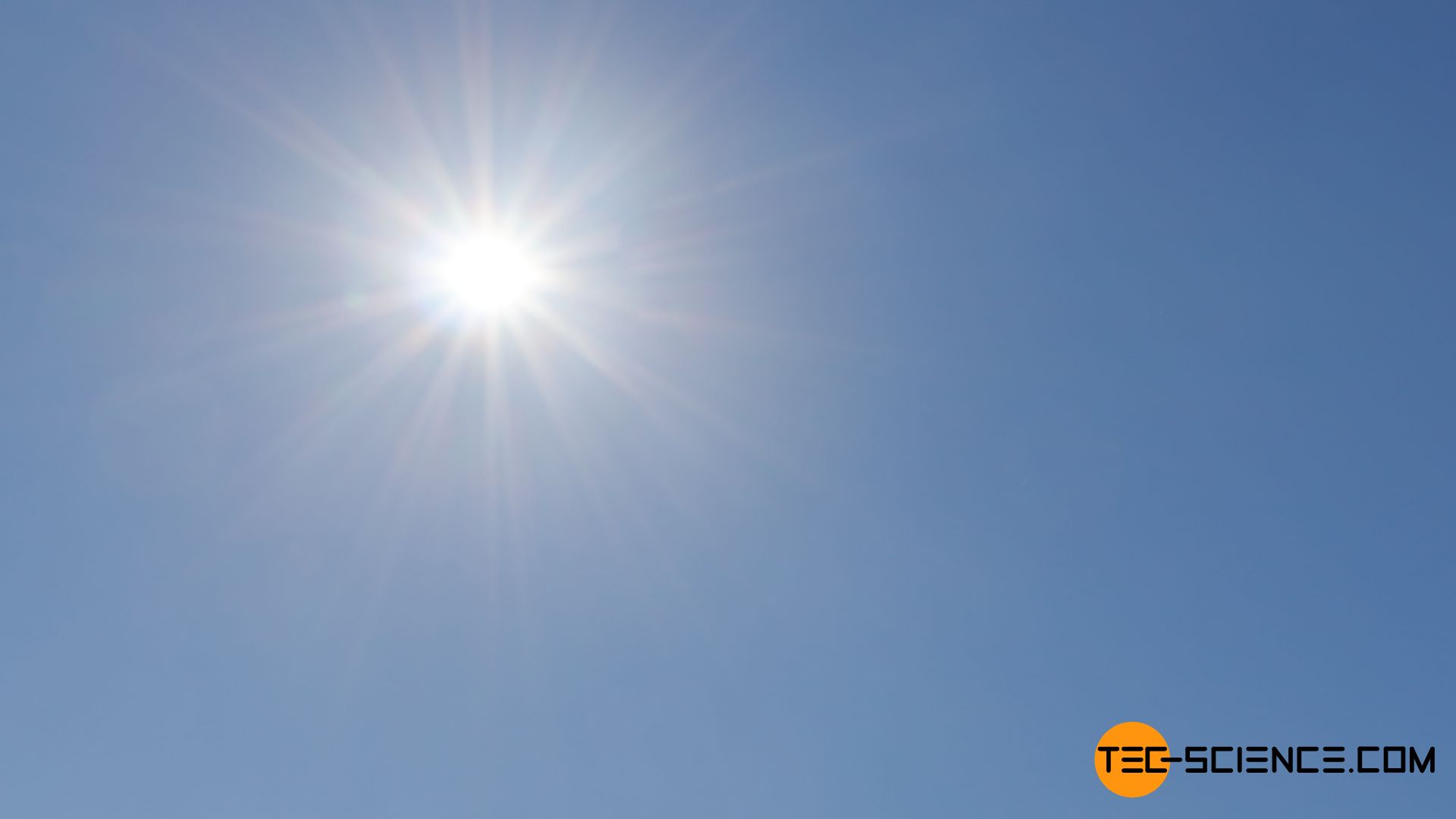 With thermal radiation, heat is transferred by electromagnetic waves without the presence of a substance!

The mechanisms of thermal convection and thermal conduction explained in separate articles have one thing in common: there must be molecules that transport the heat energy. In principle, this is true for any kind of matter, be it in solids like metals or in gases like air. In the depths of space, however, such molecules are (almost) completely absent. Nevertheless, heat transfer takes place even through such empty regions. This is demonstrated on earth every day anew. While the outside temperatures are usually still relatively low before sunrise, they will rise noticeably after sunrise. Obviously heat energy from the sun also reaches the earth through the (almost) empty space.

To demonstrate this mechanism of heat transfer, a thermometer is placed in a vacuum chamber made of glass. An infrared lamp on the outside is now directed at the vacuum chamber. The rise in temperature indicated by the thermometer shows that heat has obviously been transferred from the lamp to the thermometer. However, since the volume inside the chamber does not contain any molecules due to the vacuum, there must obviously be a completely different mechanism compared to the thermal convection and thermal conduction.

In this case the heat is transferred by radiation. This mechanism of heat transfer is therefore referred to as thermal radiation. Thermal radiation cannot be explained by the particle model of matter, but by the electromagnetic waves emitted (wave model). With this model, the oscillating electric field of the radiation when it hits matter causes the atoms inside to oscillate. The resulting increase in kinetic energy ultimately leads to a rise in temperature. So heat in this case is transferred without a substance or without its particles, but by radiation. The animation below illustrates the mechanism of thermal radiation, without the need for matter as a carrier of energy.

When heat is transferred by thermal radiation, heat is transported by electromagnetic radiation without the presence of a substance!