Home Thermodynamics Temperature How does a thermal imaging camera work? 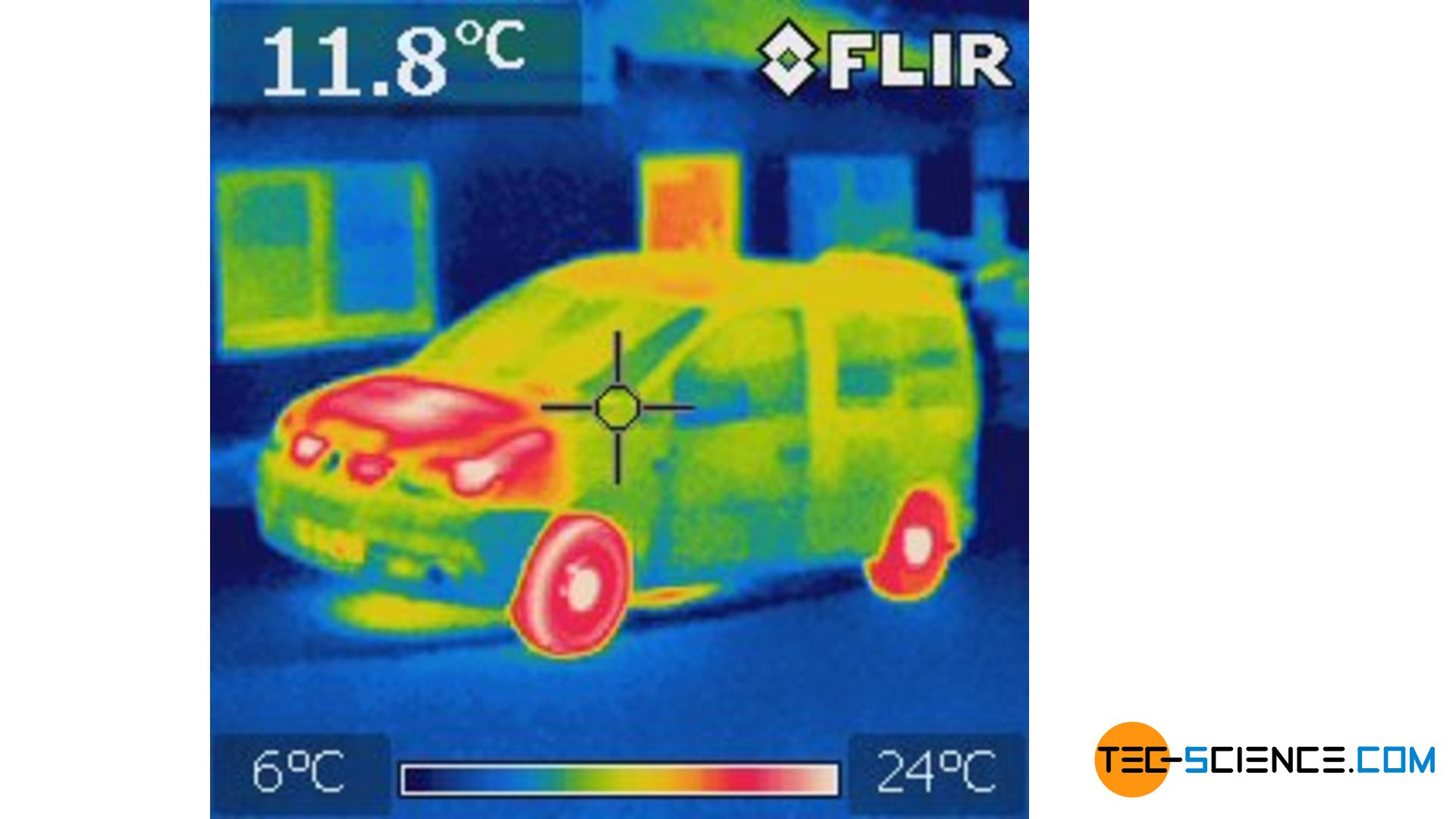 Thermal imaging cameras are based on the same principle as the pyrometer. These cameras capture the radiation spectrum of an object, which then allows conclusions to be drawn about the temperature (see article Black-body radiation). In comparison to an infrared thermometer, however, the thermal imaging camera does not only detect the temperature at a single point but in a wide optical range and displays it.

Since the infrared radiation emitted by objects is not visible to the human eye, the radiation is converted into a spectrum visible to us and displayed. Since the image displayed by the camera does not correspond to the radiation actually emitted, one speaks of false colors in this context.

The figure below shows the thermal image of a driven car taken by a thermal imaging camera. The hot spots can be seen in white and the cold spots in dark blue.

Thermal imaging cameras are always suitable when the distribution of temperature is to be determined. They are used, for example, by the fire brigade to quickly identify potential sources of heat or fire.