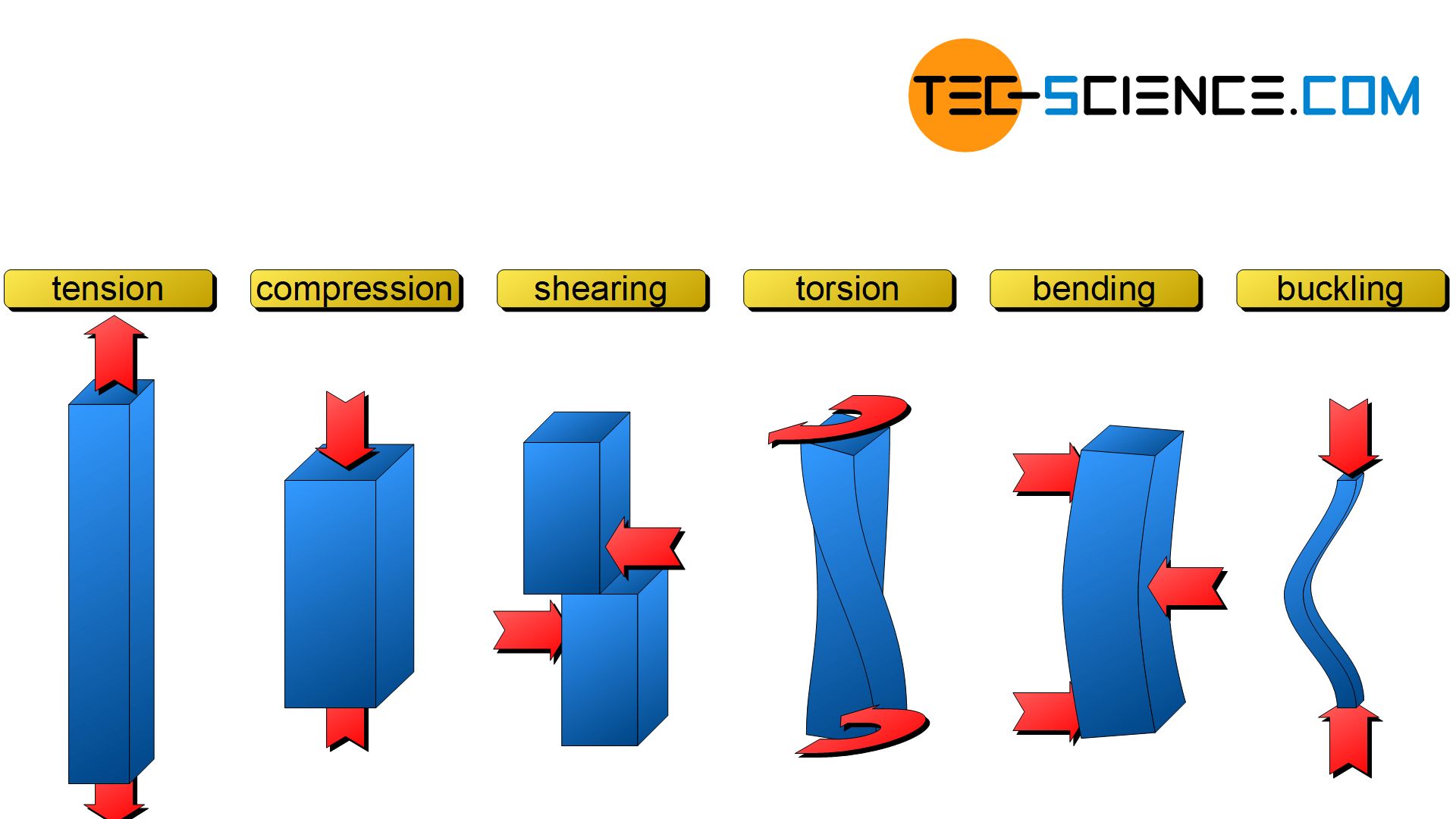 Materials such as steels generally have to withstand a wide variety of loads. The different types of loads can be classified as follows:

The intensity of the load can either be temporally constant or vary permanently. A constant stress intensity is also referred to as static load. If, on the other hand, the level of stress varies in its intensity and/or in its direction, one speaks of a dynamic load.

A particular type of load always has a certain temporal course. In general, several types of loads occur in combination. This is the case, for example, with a shaft driven on one side, which is simultaneously subjected to torsion, bending and shearing. Depending on whether the shaft is driven with constant torque or whether the torque changes permanently, it is a static or dynamic load. Thus, there are countless possibilities how components can be stressed.

When dimensioning components, the engineer must be able to refer to specific values that characterize the different stress limits of the materials used with respect to their temporal course. The stress limit can be based on either an unacceptable deformation or a fracture. For this reason, various materials testing methods were developed to determine the corresponding failure limits depending on the type of load and its time course.

In principle, material testing methods can be divided into two categories:

Due to the complexity and the interaction between the different loads, not all cases can be recorded in material properties. This is always a problem when human lives are at risk due to component failure. For this reason, safety-relevant components must be checked at regular intervals, as is the case with turbine blades of aircraft engines. It is not economically viable to carry out a destructive material test at this point in order to subsequently state that everything was in order.

In general no specific material constant can be derived from non-destructive testings as in destructive testing. The result is only a statement whether the component can still be used or must be repaired or even replaced.

Non-destructive testing is used to check the usability of finished components (inspection) – no material parameters are determined!