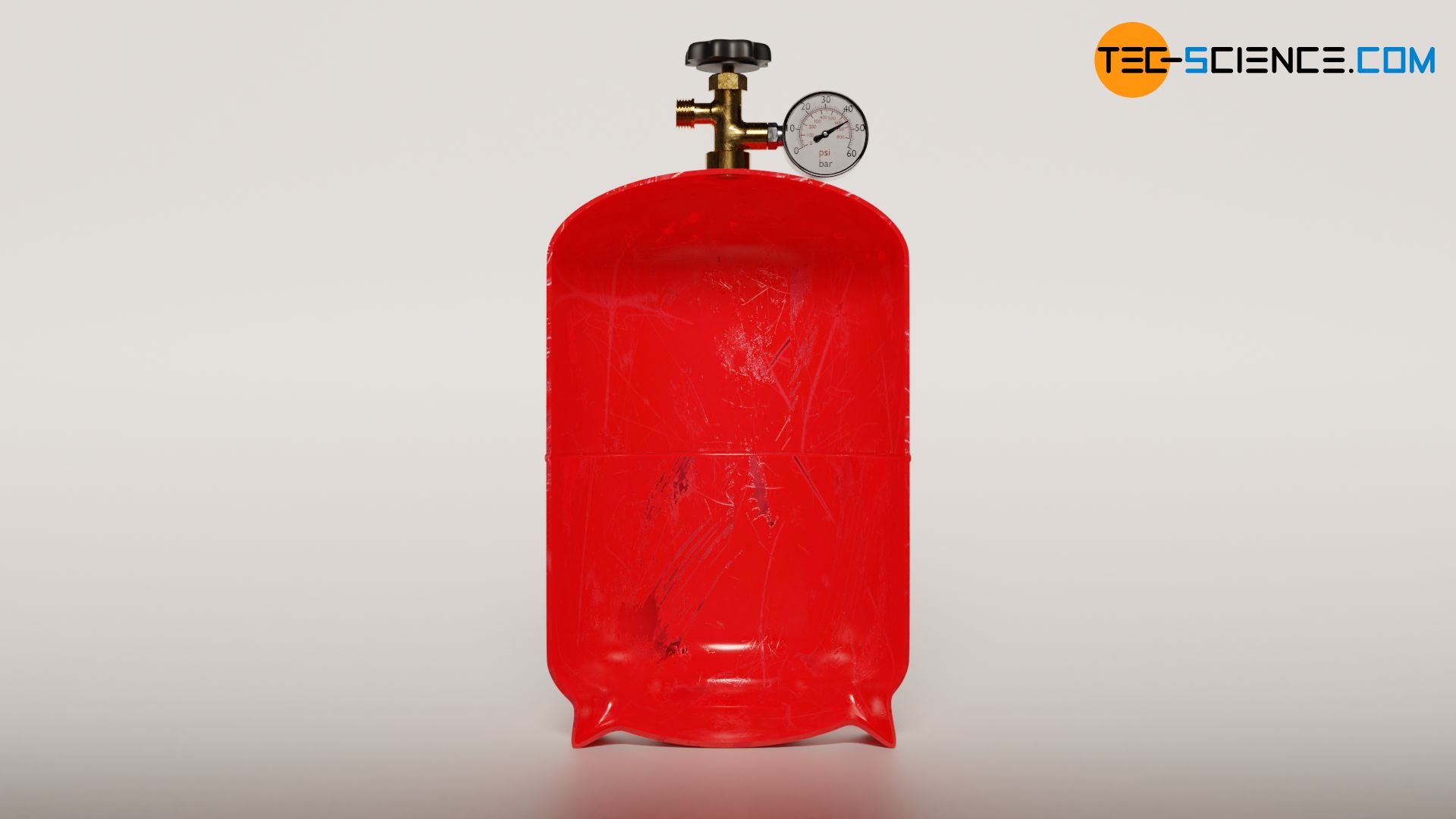 In this article, learn more about the calculation of pressure, temperature, work and heat in an isochoric process in a closed system.

A change of state of a gas in which the volume does not change is also called an isochoric process. This means that the same volume applies to all the states through which the gas passes between the initial and final state.

How to achieve an isochoric process

An isochoric change of state in a closed system can be found, for example, in a sealed gas cylinder filled with air, which heats up in summer due to solar radiation. The gas volume is given by the geometric dimensions of the bottle. Neglecting the small thermal expansion of the bottle, the bottle volume and thus the gas volume remains constant during heating. The change in state of the gas therefore takes place at constant volume.

If heat is now absorbed by the gas due to solar radiation, the gas temperature will rise from T1 to T2. This is also associated with an increase in pressure from p1 to p2. If this isochoric process is illustrated in a volume-pressure diagram, a vertical line results from the initial pressure p1 to the final pressure p2 at constant volume V.

Relationship between pressure and temperature (law of Amontons)

Any two states within an isochoric process are consequently linked by the constant quotient of pressure and temperature:

Finally, the first law of thermodynamics can be used to calculate the heat absorbed by the gas or released by the gas during an isochoric process.