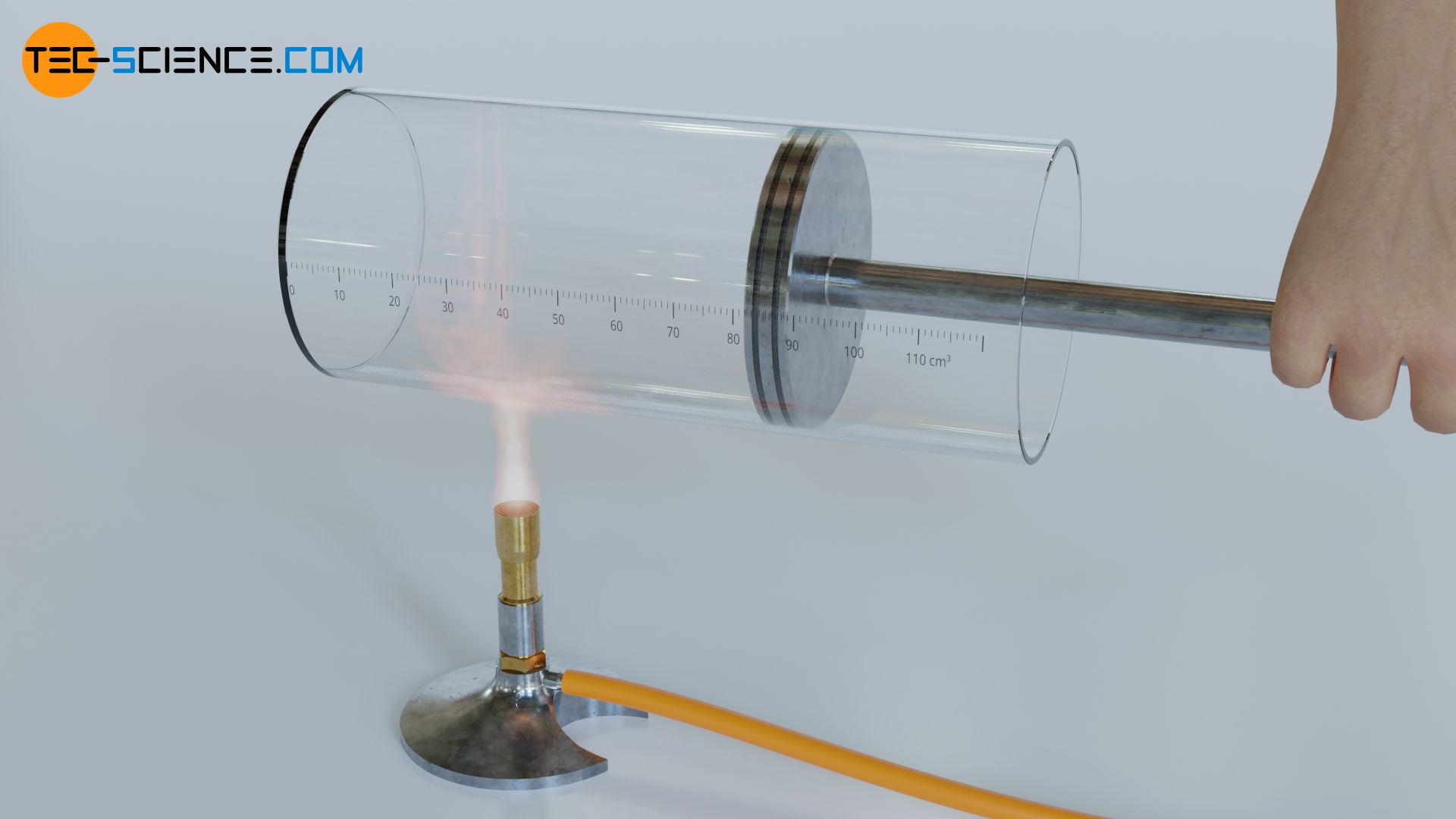 Internal energy is the sum of the different forms of energy on a microscopic level inside a substance. Learn more about it in this article.

Energy transfer as heat and as work

In the article The process quantities: Heat and work it was explained in detail that energy can be transferred to any material as (mechanical) work or as heat. The supplied energy is absorbed by the substance. This absorption of energy can then become noticeable in different ways. The different forms of energy that can benefit from such an energy transfer are discussed in the following.

Thermal energy is the kinetic energy of molecuels resulting from random molecular motion (translational and rotational)!

The term random or disordered in the context of molecular motion refers to the fact that, for example, water in a glass in a fast moving car does not have increased thermal energy just because the water molecules move with the increased speed of the car. The water does not have an increased temperature just because it moves at a speed! In this case, the disordered particle motion (which determines the thermal energy and thus the temperature) is only superimposed on the ordered motion of the car.

In gases, the transfer of work or heat mainly influences the kinetic energy of the molecules and thus the temperature. In liquids or solids, however, the supplied energies can also be noticeable in other ways.

For example, a transfer of heat can lead to a change in the binding energies. This will be the case with phase transitions. When liquids evaporate, for example, the heat transferred is not used to increase the speed of the molecules (the temperature therefore remains constant during the phase transition!), but to decrease the binding forces so that the water becomes gaseous.

But not only energy as heat, but also a transfer of mechanical energy can have an effect on the binding energies. When a gaseous substance is compressed (work done on the gas), the gas can liquefy at high pressures. This is the case, for example, with propane gas cylinders, where the propane gas has been compressed so strongly that it is present in liquid form. Only when expanding to ambient pressure does the liquid propane gasify. Thus, work done on a gas by compression can also affect the binding energies.

Conversely, if a substance releases energy as heat or by doing work, this is always at the expense of its internal energy. Whether thermal energy, binding energies, chemical energies or excitation energies are affected depends again on the substance and the exact boundary conditions.

Note the terminology for gases:

The first law of thermodynamics only makes a statement about the change in internal energy of a substance! The exact amount of internal energy U cannot be determined in practice due to the many forms of energy that could be present and the enormous number of molecules in a substance. Only for ideal gases, such a determination of the internal energy is possible.

Imagine a solid body at absolute zero. The molecules contained in the substance therefore have no kinetic energy whatsoever. In thought, the structure of the body is now set in motion by a hammer (transfer of energy as work). The solid body thus reaches its temperature in a purely mechanical way, without ever having been heated. Therefore, heat (or work) can never be contained in a substance, but only internal energy!