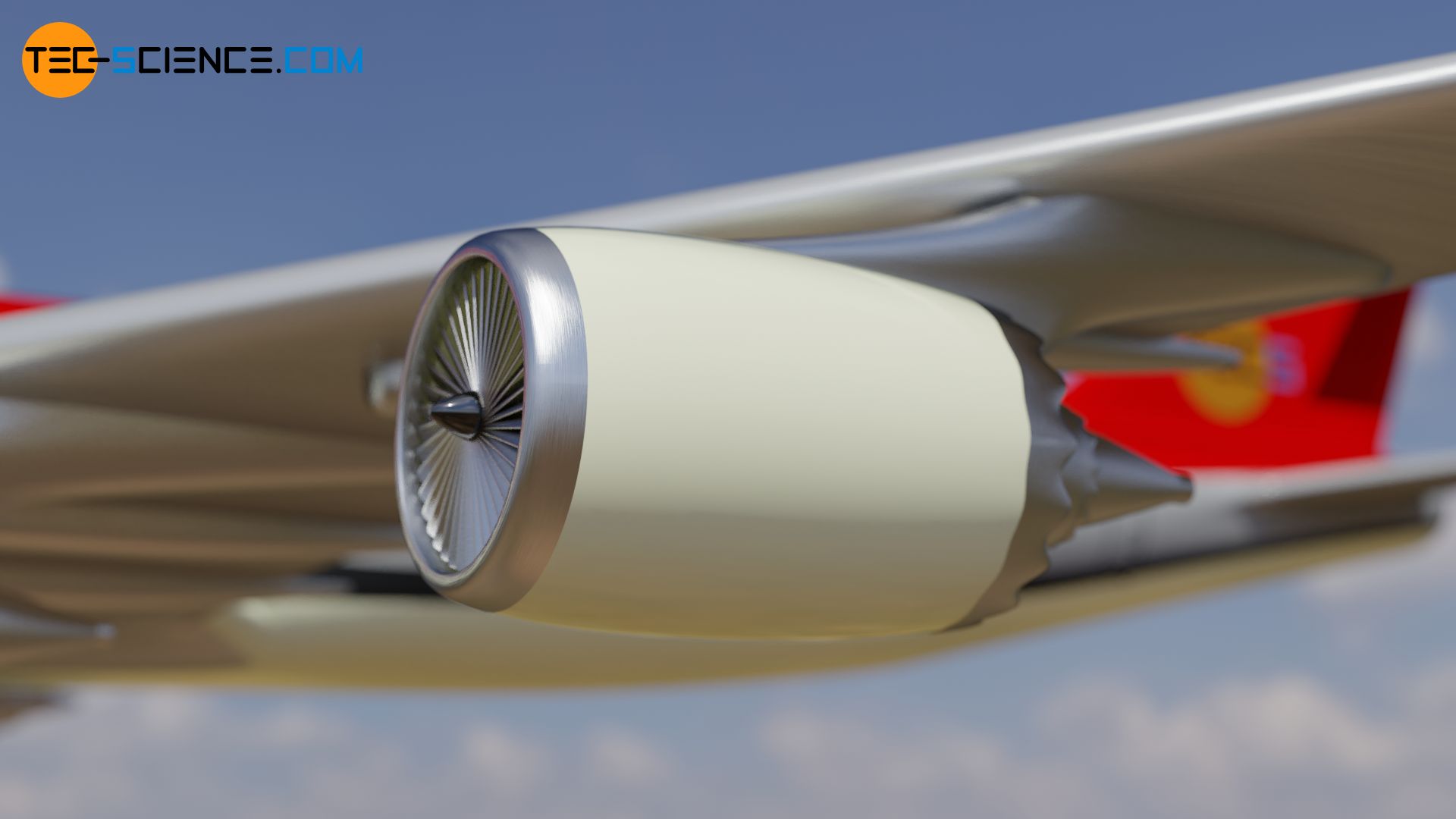 A thermodynamic system is a confined space of matter (e.g. gas) within which thermodynamic processes take place. The system boundary separates the system from the environment.

Definition of the term thermodynamic system

If, for example, the process in a internal combustion engine is to be described, the space in the cylinder is the thermodynamic system. The changes of state of the confined gas through heating, cooling, expansion and compression are described within this system.

A thermodynamic system is a confined space of matter (gas) within which thermodynamic processes take place. The system boundary separates the system from the environment.

Importance of the boundary using an engine as an example

In a turbofan engine, the intake air is first divided into two flows: a core flow and a bypass flow, which is routed around the turbine via a bypass. The core flow is routed through the core engine and the combustion chamber and provides the drive for the actual turbine, while the bypass flow generates 85 % of the entire thrust (only 15 % of the thrust is generated by the core flow).

Different thermodynamic systems can be distinguished depending on the permeabilities of the system boundaries. These are discussed in more detail in the following sections.

A typical example of an open system is a turbine where the system boundary is the turbine housing. The turbine sucks in air through the boundary, which results in a mass flow. The air is then compressed and mixed with fuel and heated (combustion of fuel), which then leads to a strong expansion of the gas. The expansion of the gas sets/keeps the turbine shaft in motion. The burned fuel-air-mixture then leaves the turbine through the boundary. Part of the work done by the expansion is used to drive the compressor. The excess work (which is generated by the heat of combustion) provides the thrust of the turbine. This thrust is the actual work that crosses the boundary.

The cylinder of a four-stroke engine during the compression stroke and power stroke, for example, is such a closed system. The valves close off the system and thus prevent matter from flowing in or out. The system is limited by the volume of the cylinder. In this case, the boundary of the system is not rigid, but decreases or increases with the position of the piston. If the gas is compressed, work is done on the gas by the piston – supply of work to the system. The gas then expands as a result of the combustion of the air-fuel-mixture. This is associated with a strong increase in pressure, so that the work is now done by the gas on the piston – work supplied by the system that drives the wheels.

Note: If the intake stroke or the exhaust stroke is considered, the cylinder it then an open system due to the exchange of matter across the boundary.

In reality, complete thermal insulation of a system is not possible, so adiabatic systems can only be achieved approximately. Such cases exist approximately, for example, when thermodynamic processes occur so fast that there is hardly any time for a heat exchange across the boundary. Often the compression and expansion processes in internal combustion engines or turbines are considered to take place approximately in adiabatic systems because of the short times in which they happen (high rotational speeds). So there is hardly any time left for a heat transfer in a significant way.

Note that in the case of the turbine shown in the figure below, the selected system boundary does not include the combustion chamber, but only the part behind it where the expansion takes place. Thus, there is no heat input for the chosen system!

The boundary of an isolated system is neither permeable to energy (in whatever form), nor permeable to matter. Therefore, there is no interaction between the system and the surrounding. Since there is no exchange of energy of any kind, the internal energy always remains constant in an isolated system. From a thermodynamic point of view, nothing happens in such systems. An example of a closed system would be an ideal thermos flask.