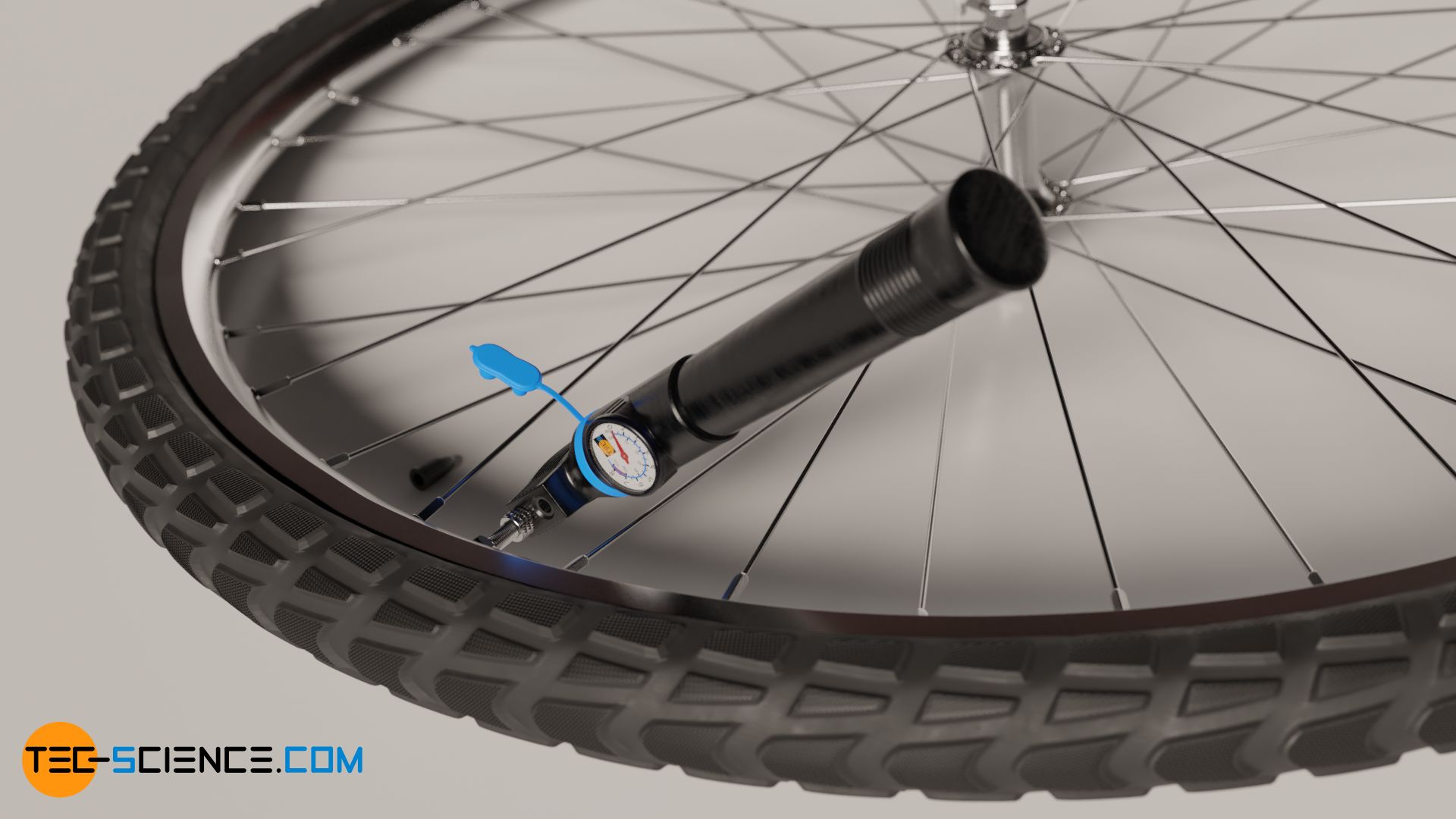 In ideal gases, the change in internal energy is directly related to the change in temperature. Learn more about the relationships in this article.

In thermodynamics, gases play a particularly important role. Just think of the gaseous fuel-air mixtures in combustion engines. To describe such combustion processes, the gases are often regarded as ideal gases. In this idealized model conception the following simplifications are assumed:

In the article Internal Energy some types of energy were mentioned, which are part of the internal energy of a substance:

With the assumptions mentioned above, the internal energy for ideal can be reduced to only one form of energy. Thus, the assumption that no binding forces are acting between the molecules excludes the presence of binding energies between the molecules. Binding energy is therefore not present as internal energy. This also rules out chemical reactions, since binding forces would have to be present for new chemical compounds to be formed. Thus, for ideal gases there is also no chemical energy present as a form of internal energy.

Furthermore, excitation of gas molecules to higher energy states is impossible, since ideal gases only undergo elastic collisions. This means in particular that gas molecules cannot absorb energy by collisions. Therefore, excitation energies cannot be part of the internal energy for an ideal gas. Furthermore, the internal energy of an ideal gas cannot consist of rotational energy, since the molecuels are assumed to be mass points and thus without the possibility of rotation.

The only form of energy that an ideal gas contains is the kinetic energy of the gas molecules due to their disordered motion (thermal energy)!

For an ideal gas, the internal energy is determined solely by the temperature!

According to the first law of thermodynamics, the internal energy U and thus the temperature of an ideal gas can be changed in two ways. On the one hand by transferring heat Q and on the other hand by doing work W.

Note that the mechanisms of transferring energy as heat Q and as work W are based on two fundamentally different principles. Transferring heat necessarily requires a temperature difference, which is the basis for the energy transfer from the molecuels of a hotter substanace to the molecules of a colder substance. In the case of the work, however, a force is applied mechanically. A temperature difference as a drive for the energy transfer is not necessary here, even if the temperature of the gas changes due to work transferred. Doing work on a gas is achieved by a reduction in volume (compression) – increase in internal energy. If, on the other hand, work is done by the gas, this leads to an increase in volume (expansion) – decrease in internal energy.

Change of internal energy using the example of a compressor

With the help of the fundamental relationship between heat, work and internal energy (temperature), many thermodynamic processes can be explained. This explains, for example, why compressors must be cooled when generating compressed air. This is because the permanent compression transfers energy as work to the gas.

According to the first law of thermodynamics, the energy done on the gas as work leads to an increase in internal energy. This in turn affects the gas temperature, which increases. The temperature of the compressed air thereby climbs in some cases to over 200 °C! But not only with air compressors, but also when inflating a tire with an air pump, such an increase in temperature of the air becomes noticeable due to the work done on the gas by compression!

In order to counteract the rise in temperature during a compression, energy must be transferred from the gas to the surroundings in some form. In air compressors this is done by heat dissipation via cooling fins! So on the one hand energy is transferred to the gas by work and on the other hand energy is transferred away from the gas by heat. As a result, the internal energy will not change as much with heat dissipation and the temperature increase is lower.

The energy flow diagram above shows that in the case where no heat is released from the gas, the entire work transferred to the gas is used to increase the internal energy and thus the temperature. With cooling, on the other hand, the change in internal energy is smaller by the amount of the heat released and the temperature increase is therefore lower.

In the ideal case, the heat dissipation is as large as the work transferred, so that effectively no energy remains in the gas and the internal energy does not change. In this case the temperature would also remain constant. Such a thermodynamic process, which takes place at a constant temperature, is also called an isothermal process. An isothermal compression takes place roughly when it is carried out very slowly. In this case, sufficient heat can always be transferred to the surroundings to prevent an increase in temperature.