Home Thermodynamics Heat Why are radiators usually located under a window? 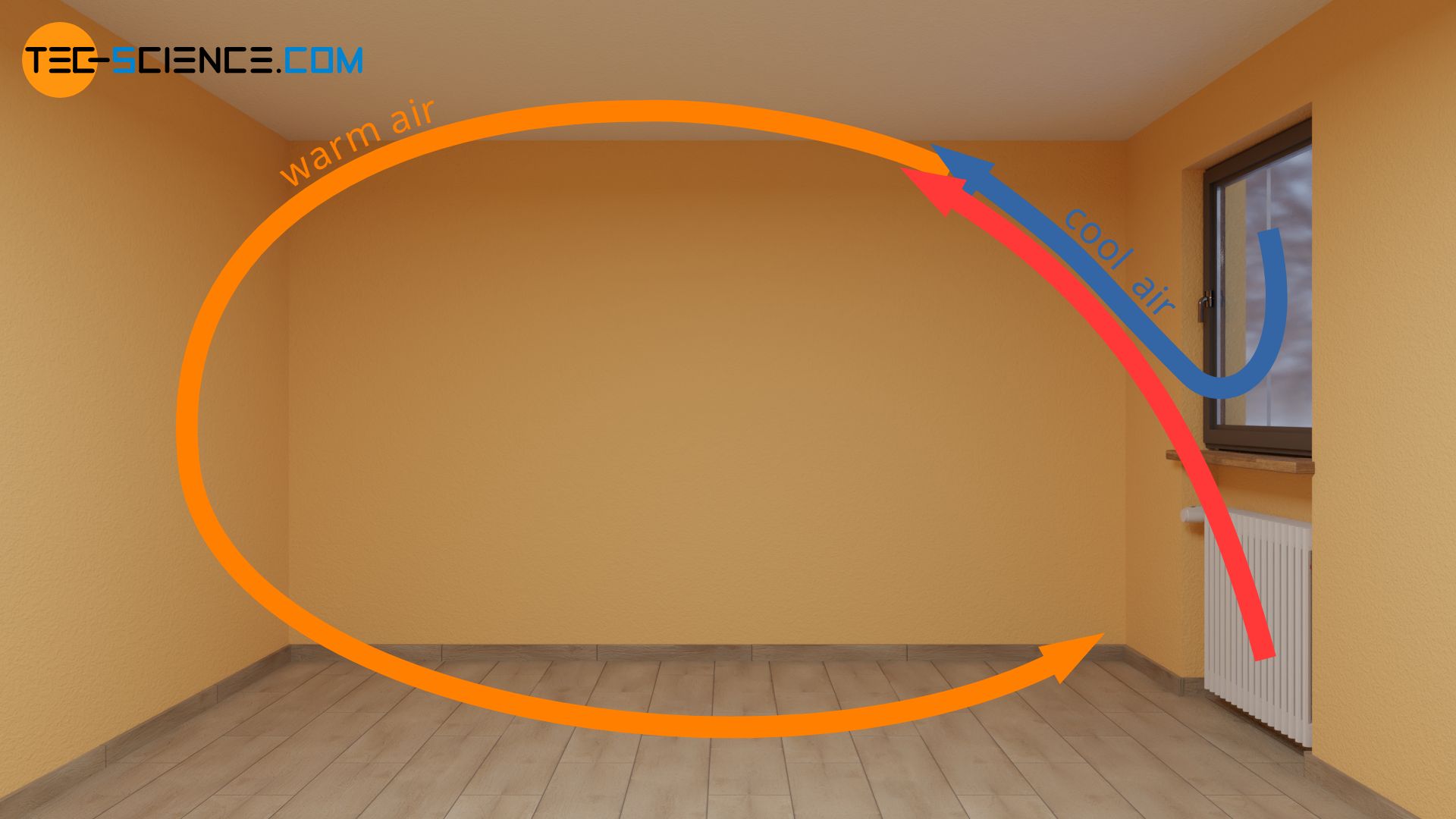 Learn in this article, why radiators are usually located under a window?

Central heating systems use the principle of thermal convection. The water is heated by a central heater and then transferred to the radiators by means of pumps. It is thus a so-called forced convection in the pipes of the heating system.

Not only in the pipes but also inside the room to be heated, thermal convection is formed around the radiator due to the heated air. However, this is a so-called free convection, which is due to differences in density between the warm and cool air. The characteristic of this free convection is the reason why radiators are ideally always installed below a window and not above. Why?

The relatively cool air near the floor is heated by the radiator. The air expands due to the thermal expansion. The density of the heated air thus decreases, i.e. it becomes lighter, so to speak, and therefore rises upwards. At the same time the heavier cold air coming out of the window sinks to the bottom. The sinking cold air mixes with the rising heated air. This prevents the cold air at the window from flowing directly into the room.

This is ultimately the reason why radiators are usually installed underneath windows! A convection current forms in the entire room, which provides pleasant warmth.