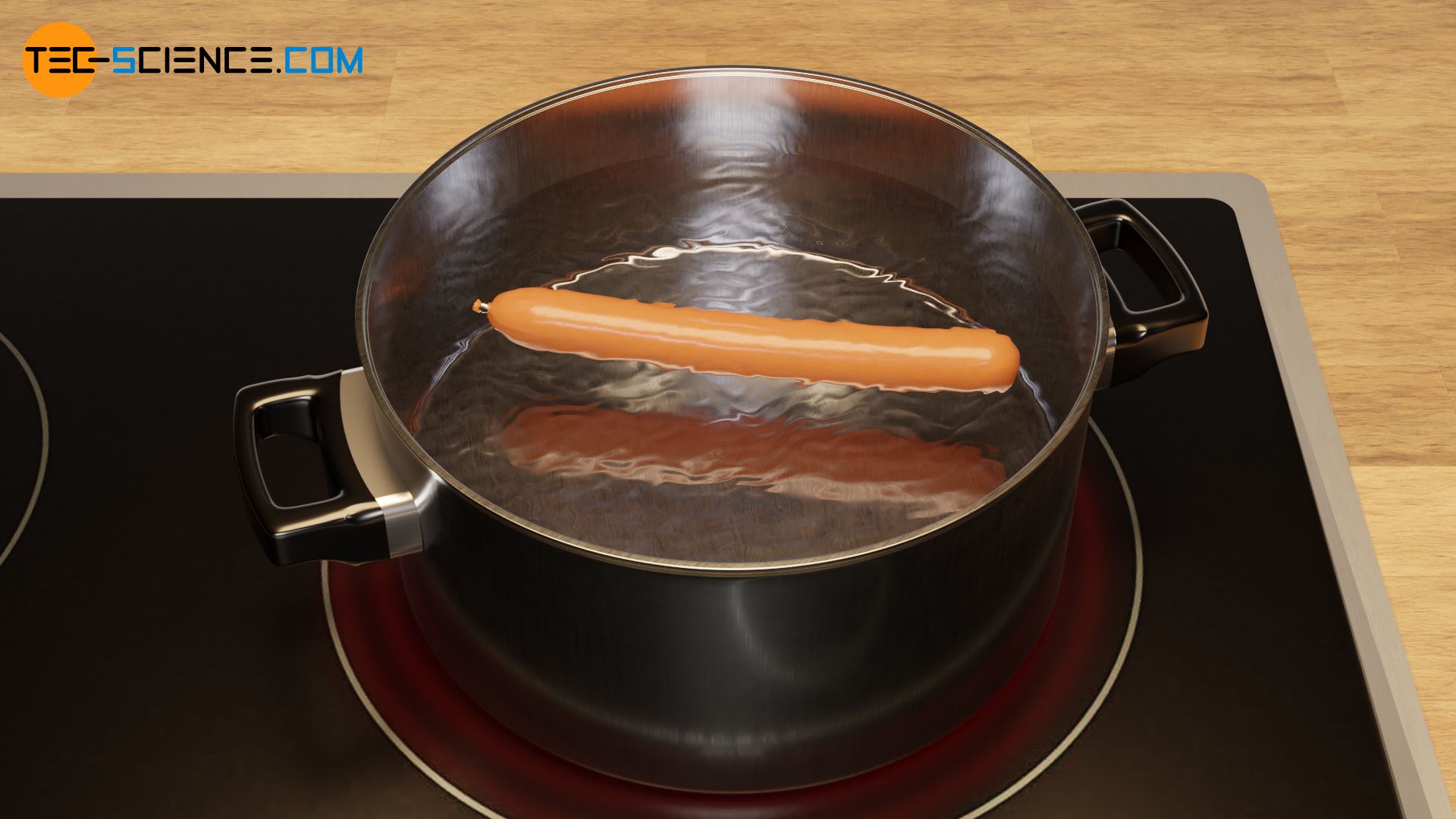 Learn more about calculating the final temperature of several objects with different temperatures in this article.

In practice, when heating or cooling objects, one usually has to deal with several materials that are heated or cooled simultaneously. Such simultaneous heating can be seen, for example, when heating a sausage in a pot of water. The heat output by the hotplate heats both the pot and the water at the same time, as well as the sausage inside. The surrounding air is also partially heated by convection currents, but this will be neglected in the following.

The question arises as to how much total heat energy must be transferred in order to change the temperature of this system consisting of several objects by a certain amount.

Derivation of the relationship between heat and temperature change

Based on the respective heat capacities C of the objects, the absorbed heat Q with a given temperature change ΔT can be determined for each object:

The sum of all amounts of heat transferred to the individual objects corresponds to the total heat transferred, which is to be provided by the hotplate in the example above. In principle, this statement can be extended to any number of objects to be heated:

Note that the derived relationship according to formula (\ref{1}) is not only valid for a heating, but also for cooling. In this case, ΔT denotes the decrease in temperature and Qtot the total heat to be dissipated.

In the above example, the various objects will usually heat up to different degrees for the operation of the hotplate. It can be assumed that the pot heats up first, then the water and finally the sausage. Thus, during the heating process, there will be different temperatures. However, sooner or later a common temperature will be reached after the hotplate is switched off.

The pot, which is usually warmer, will transfer some of the heat previously supplied by the hotplate to the water after the hotplate is switched off, and this in turn will then be transferred to the sausage. Thus, there is only a kind of redistribution of the total heat already supplied (note, that heat losses to the surroundings are neglected). But sooner or later, when a common temperature has been reached (thermodynamic equilibrium), all objects have experienced the same temperature change and equation (\ref{1}) is still valid. It must be presupposed of course that at the beginning water, sausage and pot have the same temperature!