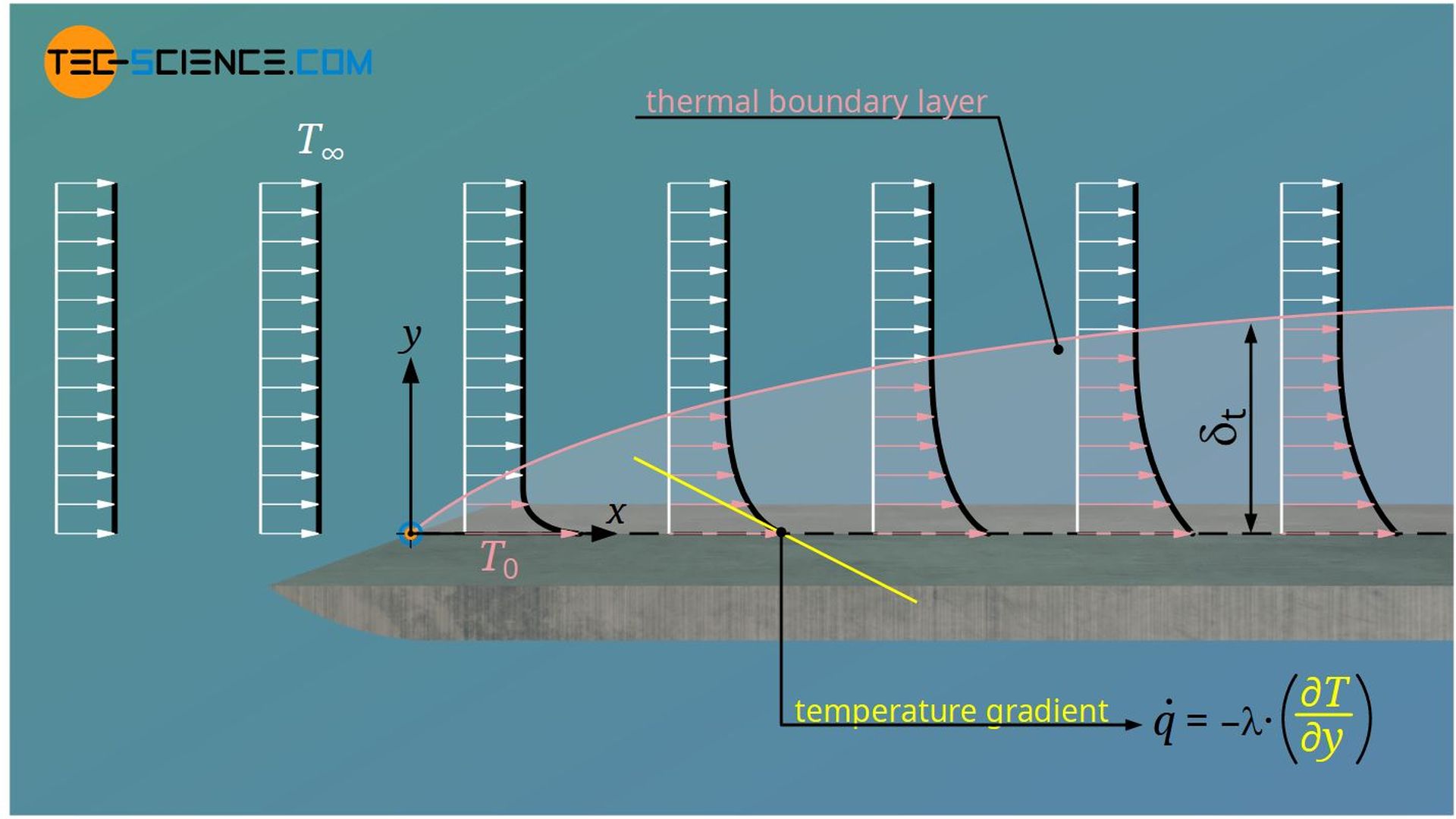 At the same time, however, the heat transport has an effect on the flow, since the temperature decisively determines the viscosity of the fluid. For example, the fluid starts to flow faster due to the decreasing viscosity caused by an increase in temperature. This, in turn, has an effect on the heat transfer and thus on the flow itself. The thermal and hydrodynamic boundary layer therefore influence each other. The thickness of both boundary layers generally differ from each other!

When two or more fluids are mixed, mass transport is not only caused by convection currents, but also by differences in concentration. The associated mass transport by diffusion is treated in the same way as heat transport by conduction (see article Fick’s laws of diffusion). Instead of a thermal conductivity and a temperature gradient, there is now a diffusion coefficient D and a concentration gradient ∂c/∂y. The heat flux \(\dot q\) corresponds to a diffusion flux \(\dot n\) (= amount of substance per unit area per unit time).

At this point an analogy to the transport of momentum can also be drawn. In fact, shear stresses τ also have the dimension of a flux (analogous to the heat flux or diffusion flux). By definition, a force is a change of momentum per unit time (\(F=\frac{\Delta p}{\Delta t}=\dot p\)) and thus represents a momentum flow rate. If one relates this momentum flow rate to an area, as in the case of shear stresses, one can also speak of a momentum flux (=\(\dot p_a\)).