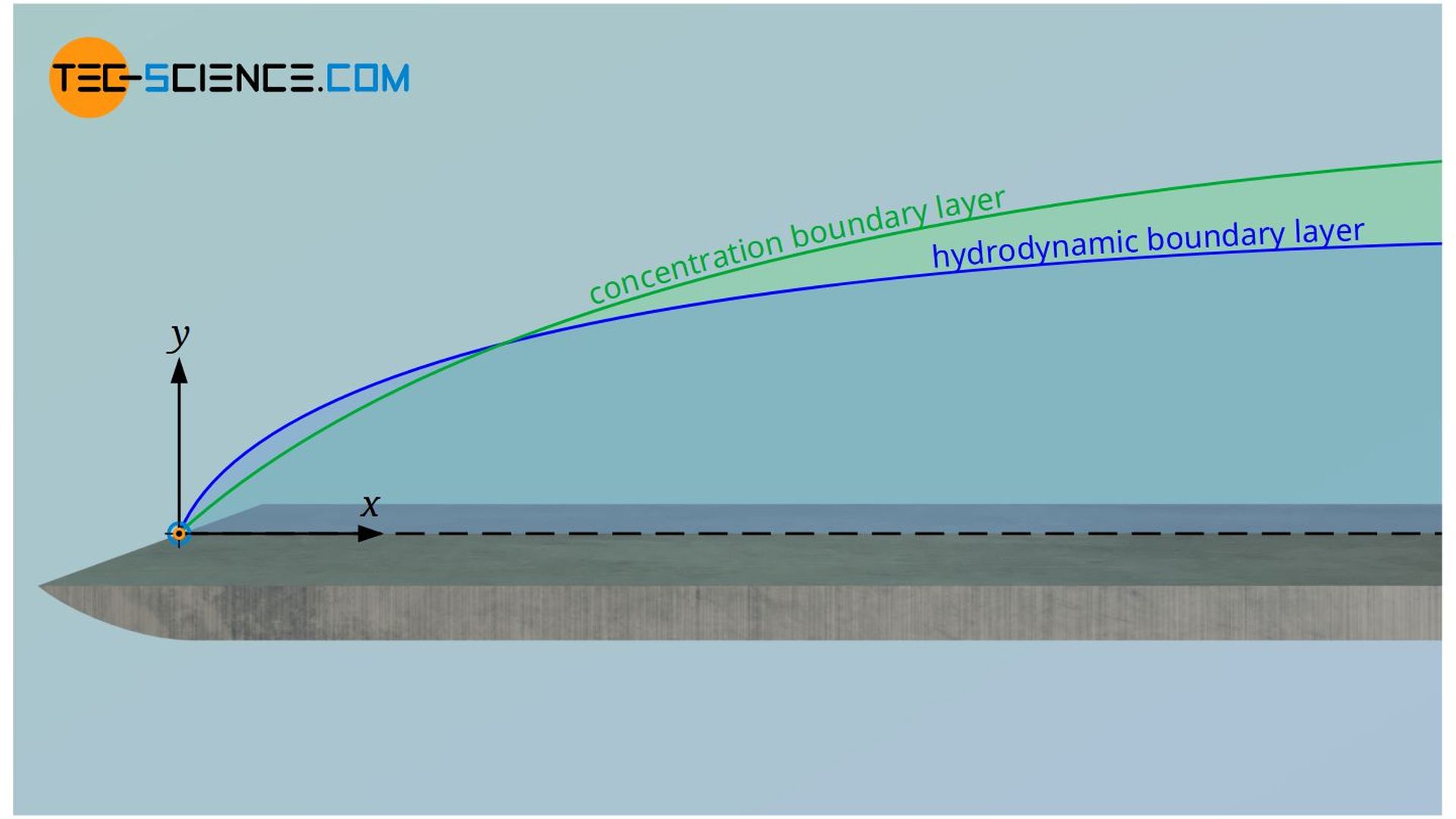 The Schmidt-number is a dimensionless similarity parameter to describe transport of mass and momentum.

Not only the transport of momentum and the heat transfer influence each other as already explained in detail in the article on the Prandtl number. Momentum transport and mass transfer also interact with each other. Among other things, the momentum transport is due to Brownian motion. In this way, fluid particles diffuse across the fluid layers and have to adapt to the new velocities, so to speak (transfer of momentum). If there is also a concentration gradient, the fluid particles diffuse into other fluid layers not only due to the random Brownian motion, but also due to the concentration gradient.

Just like the Prandtl number, the Schmidt number is also a dimensionless similarity parameter. This means that mass and momentum transport in two differently sized systems are only physically similar if the Schmidt numbers are identical. Only then, for example, is it possible to transfer the knowledge gained in a model experiment to real applications.