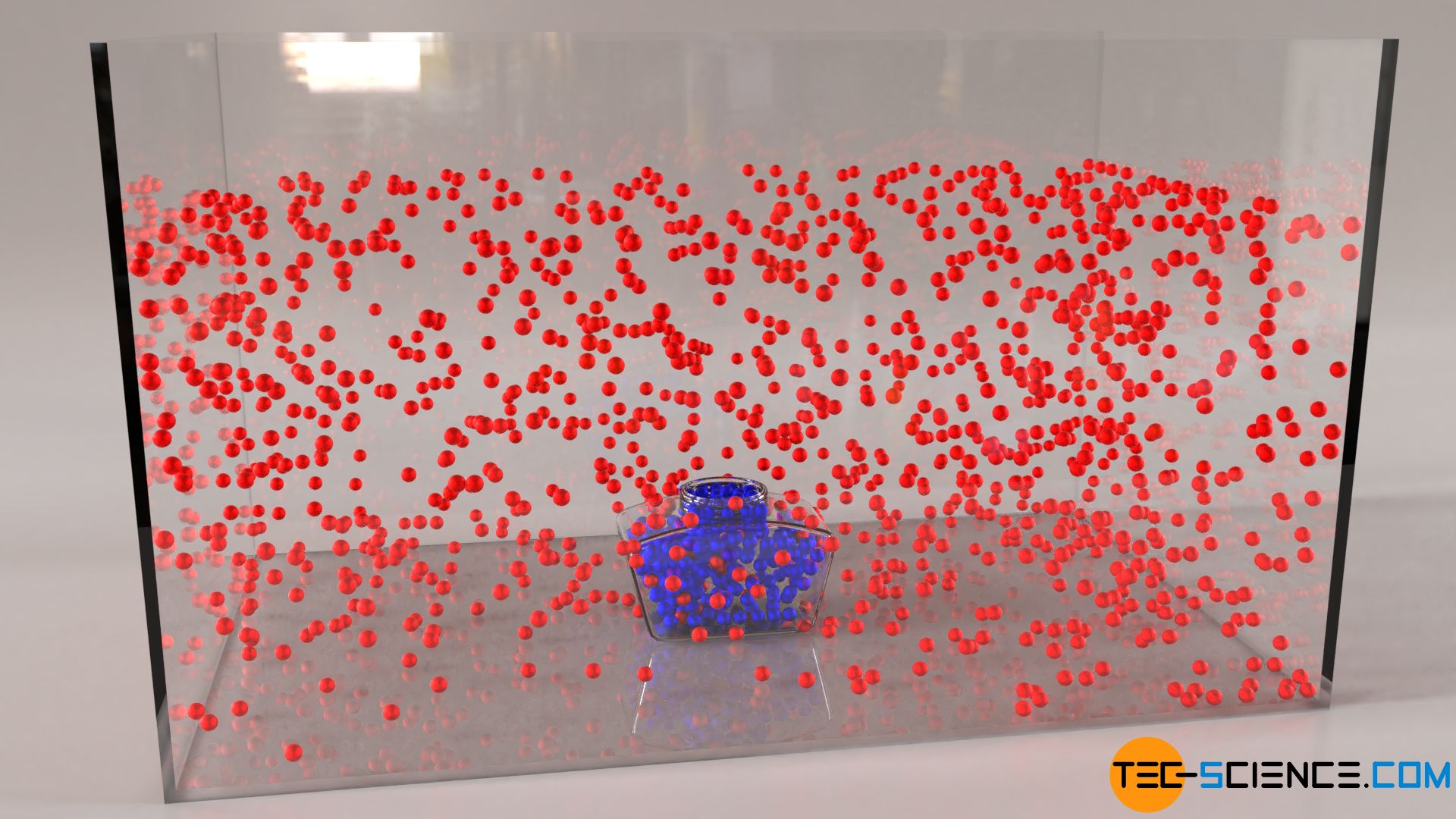 The higher the temperature of a substance, the greater the kinetic energy of the particles!

If matter is heated and thus its temperature rises more and more, it can be seen that the particles contained in it move ever faster – be it the relatively free movement of the particles in gases or the oscillation around a rest position in solids.

The higher the temperature of a substance, the greater the kinetic energy of the particles!

More information on the connection between temperature and particle motion, especially for gases, can be found in the article “Kinetic theory of gases“.

Temperature is a measure of the “not directed” kinetic energy of a particle in a substance!

As the temperature rises, the higher the particle velocity and the greater the space occupied by the particles. As a result, substances generally expand as the temperature rises. Conversely, this means that a substance generally contracts when cooled. The resulting decrease in volume is connected with an increase in density (see also the animations in the previous section).

The phenomenon that substances generally expand when heated is also known as thermal expansion. This effect is used, for example, in liquid-in-glass thermometers to measure temperatures.

As the temperature rises, the volume of substances usually increases due to the increased space occupied by the particles!

Note that temperature is ultimately a macroscopic quantity (i.e. it can be measured macroscopically), while particle velocity can only be observed on a microscopic scale. Nevertheless, both quantities are connected! For further information see the article “Maxwell-Boltzmann distribution“.

The following table summarizes the properties of the particles in the various states of matter.

*) Note: With some substances such as e.g. water, a so-called negative thermal expansion (NTE) occurs in a certain temperature range, which leads to an increase in volume despite falling temperature. Read more about this in the article Density anomaly of water.

Since each substance can be assigned a certain temperature, the molecules contained in it are obviously in constant motion. This (random) thermal motion of the particles due to the temperature is also called Brownian motion. Brownian motion can be observed indirectly if an open ink glass is carefully placed in a water.

Even if the water and the ink are macroscopically completely at rest, one will notice after some time a mixing of the water with the ink. The reason for this is the Brownian motion of the particles which causes the water molecules (shown in red) and ink molecules (shown in blue) to mix due to permanent collisions. Differences in concentration are gradually balanced out. Such mixing of different substances is also called diffusion.

Diffusion refers to the mixing of substances due to Brownian motion (striving for diffusion equilibrium)!

The higher the temperature, the faster the diffusion will be, because the stronger the molecule movement and thus the “mixing”.

In a similar way as the mixing of different gases or liquids can be attributed to Brownian motion, a movement of particles can also be observed in solids. Although the particles in solids are usually bound to a certain location by the electrostatic attraction forces, they oscillate more or less strongly around their rest position, depending on the temperature. Due to these oscillations of the particles (shown in red), foreign particles (shown in blue) can move through the atomic structure. The particles are “pushed” through the atomic structure, so to speak.

Diffusion is a temperature controlled process, i.e. the higher the temperature, the faster the diffusion!