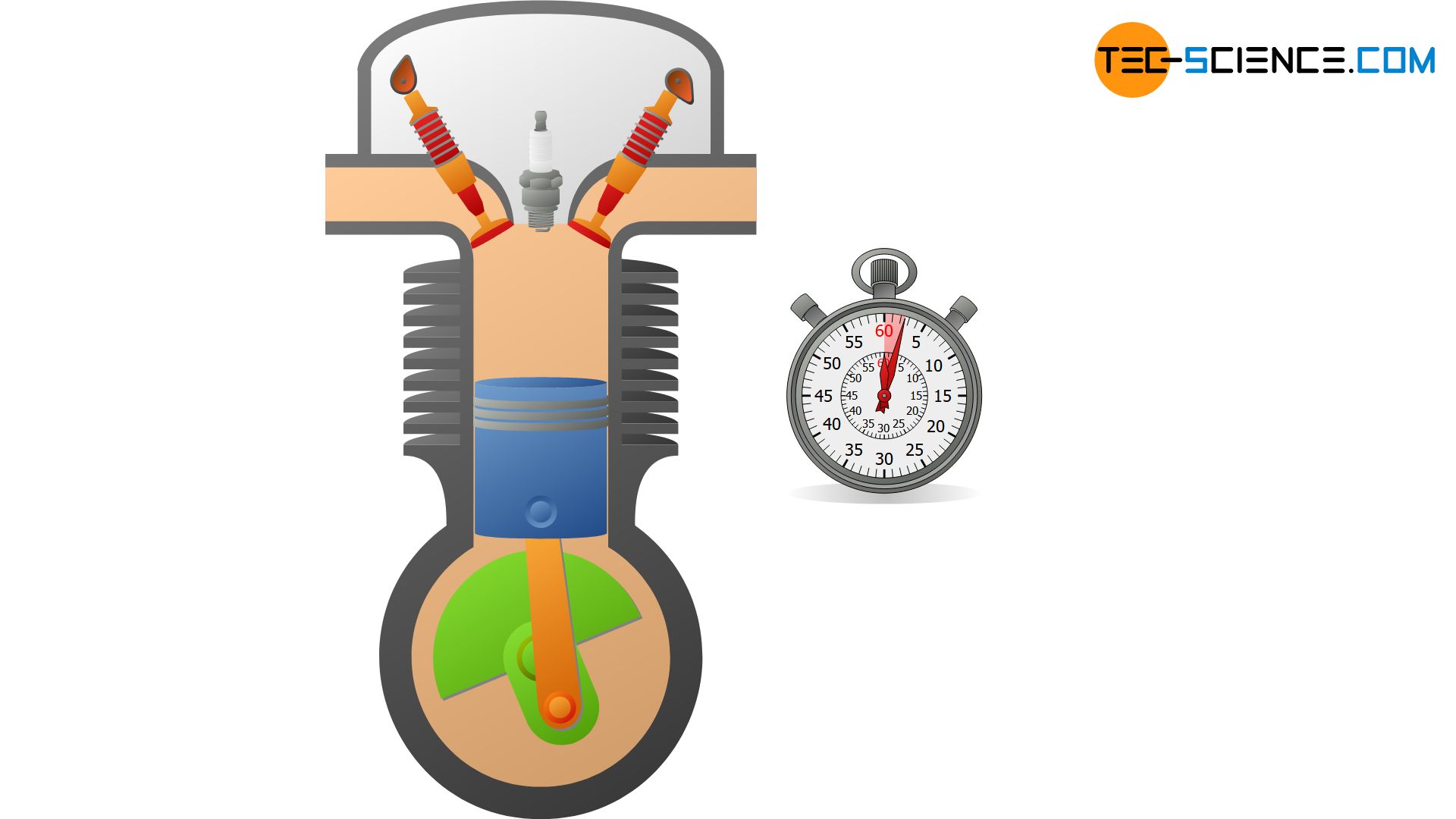 An isentropic process is a reversible process of an adiabatic system.

How to achieve an approximately isentropic process

Basically, no system is perfectly thermally insulated, so that an isentropic process can only be approximated. But even if systems are not particularly well thermally insulated, thermodynamic processes can still be regarded as approximately isentropic under certain conditions. This is the case, for example, when thermodynamic processes occur so rapidly that the system has no time to transfer heat across the system boundary. For this reason, the compression and expansion of the fuel-air mixture in internal combustion engines, for example, which take place within a few milliseconds, are often considered isentropic.

A closed adiabatic system can be realized approximately with a gas-filled cylinder, which is closed with a piston. If the gas is now compressed very quickly, heat transfer to the surroundings can be neglected and an approximate adiabatic system is obtained for the time the compression takes place. Ideally, the walls of the cylinder are still made of a heat-insulating or poorly heat-conducting material.

In practice, the rapid compression of air in an air pump is also approximately an isentropic process when the outlet valve is closed. After compression, however, a drop in pressure is quickly observed, since heat is then transferred from the enclosed air to the inner walls of the air pump. The temperature and thus the pressure drop. The air pump then no longer represents an adiabatic system.

If a gas is compressed abruptly in an adiabatic system, there is an increase in pressure due to the reduction in volume. However, this is also associated with an increase in temperature. This can be explained by the increased momentum (increased speed) of the gas molecules due to the collisions between the rapidly moving piston and the molecules (see also the article Why do pressure and temperature increase during the compression of a gas?) In diesel engines, the temperature increase during compression, which is considered to be isentropic, is deliberately desired, as this causes the ignition temperature of the diesel fuel to be exceeded and the fuel to ignite (self-ignition).

The pressure curve of an isentropic process is steeper in the volume-pressure diagram compared to an isothermal process!

Relationship between volume, pressure and temperature

As long as the gas is considered to be an ideal gas, the ideal gas law still applies, regardless of the exact thermodynamic process. Therefore, for an isentropic process in a closed system, two gas states are related by the following equation:

If we consider the relationship between pressure and volume according to equation (\ref{2}), it is now also mathematically clear that the pressure curve in the volume-pressure diagram is steeper for an isentropic process than for an isothermal process:

Attention: Not all thermodynamic processes that take place in an adiabatic system must necessarily obey the equations explained in this article! Therefore, the term adiabatic process is somewhat misleading. The strict definition of the isentropic process is as follows:

An isentropic process is a reversible change of state of an adiabatic system!

At this point the term reversible is crucial! More information, especially about this topic, can also be found in the article Free expansion of an ideal gas in a vacuum.