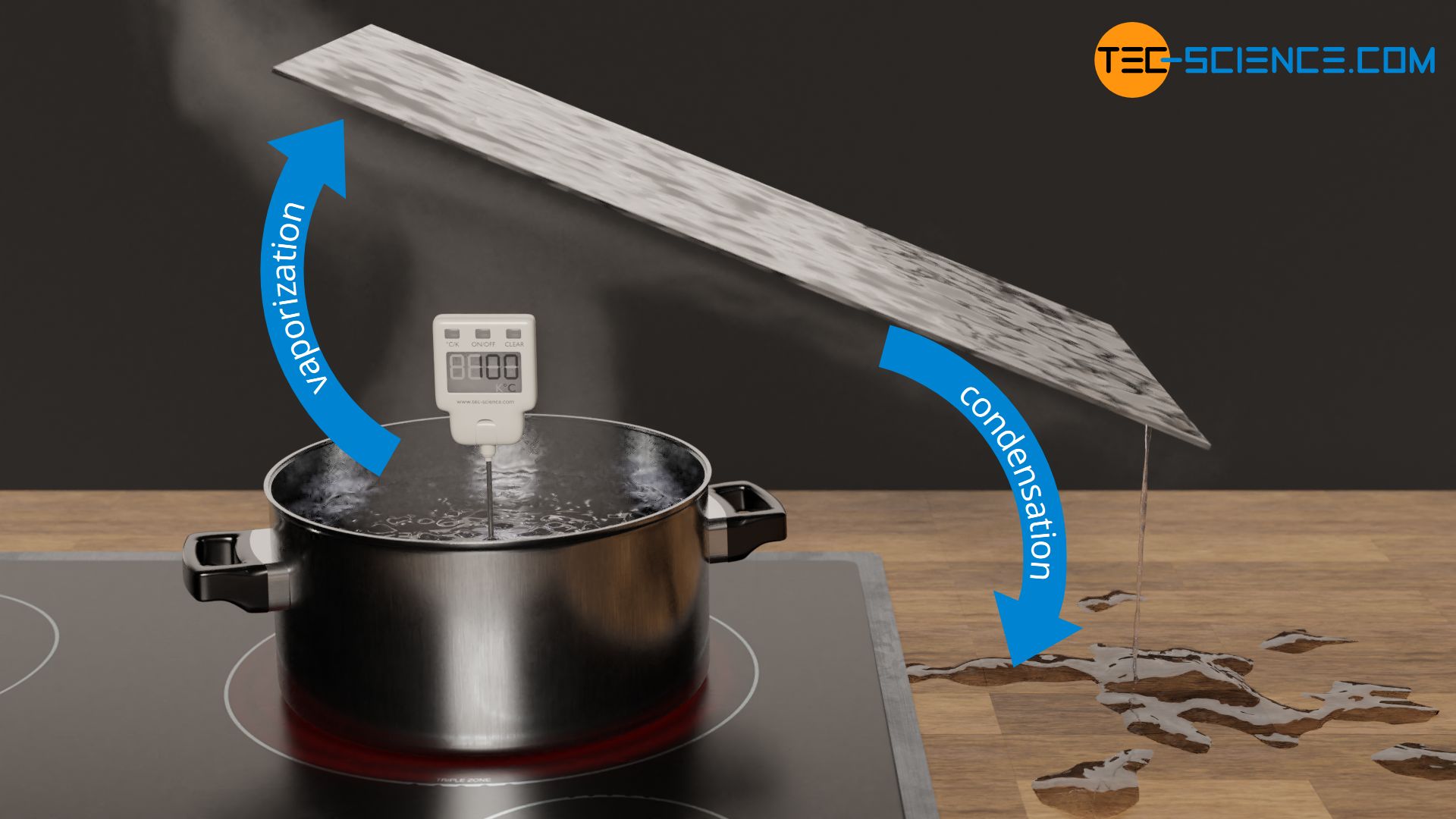 Specific heat of condensation is the heat energy to be released for condensation of a gas per kilogram of the substance!

If the gaseous substance is to be liquefied, then the heat previously added must be released so that the molecules can bind to each other again. In this case, the heat energy to be given off during the condensation of the gas is called heat of condensation. Even while the heat of condensation is being released, the temperature remains constant. It only drops again when the gaseous substance has completely condensed. The temperature at which a substance condenses corresponds to the boiling point of the substance.

Specific heat of vaporization and condensation

In the case of condensation, again one speaks of latent heat, since the heat to be released during condensation is not directly evidenced by a change in temperature (from the Latin word “latere”, which means “to be hidden” or “not to appear directly”). In the case of water, the latent heat to be released during condensation is 2257 kJ per kilogram. This is more than five times the amount of heat that would have been required to heat the water from 0 °C to 100 °C! This explains, for example, why steam burns are more dangerous than water burns.

The process of releasing the heat of condensation

Whereas in the case of vaporization one usually has a very clear idea of the process of the transfer of heat, one sometimes has a little difficulty with the releasing of heat in the case of condensation. If, for example, water is vaporized in a pot, then the process of transferring heat takes place actively, so to speak, by heating on a hotplate. If, on the other hand, the gaseous water condenses on a glass plate, for example, then this process does not appear to have been actively forced. It seems as if the process would run by itself, without the need to actively dissipate heat.

In fact, however, heat must also be released actively in the process. In this case, this is done by the cooler glass plate, which absorbs the heat of condensation and thus dissipates it to the surroundings. In the same way as the hotplate plate actively transfers heat (of vaporization) to the water, the cold glass plate also actively absorbs heat (of condensation).