Home Thermodynamics Temperature Why does ice form on the top of a lake? 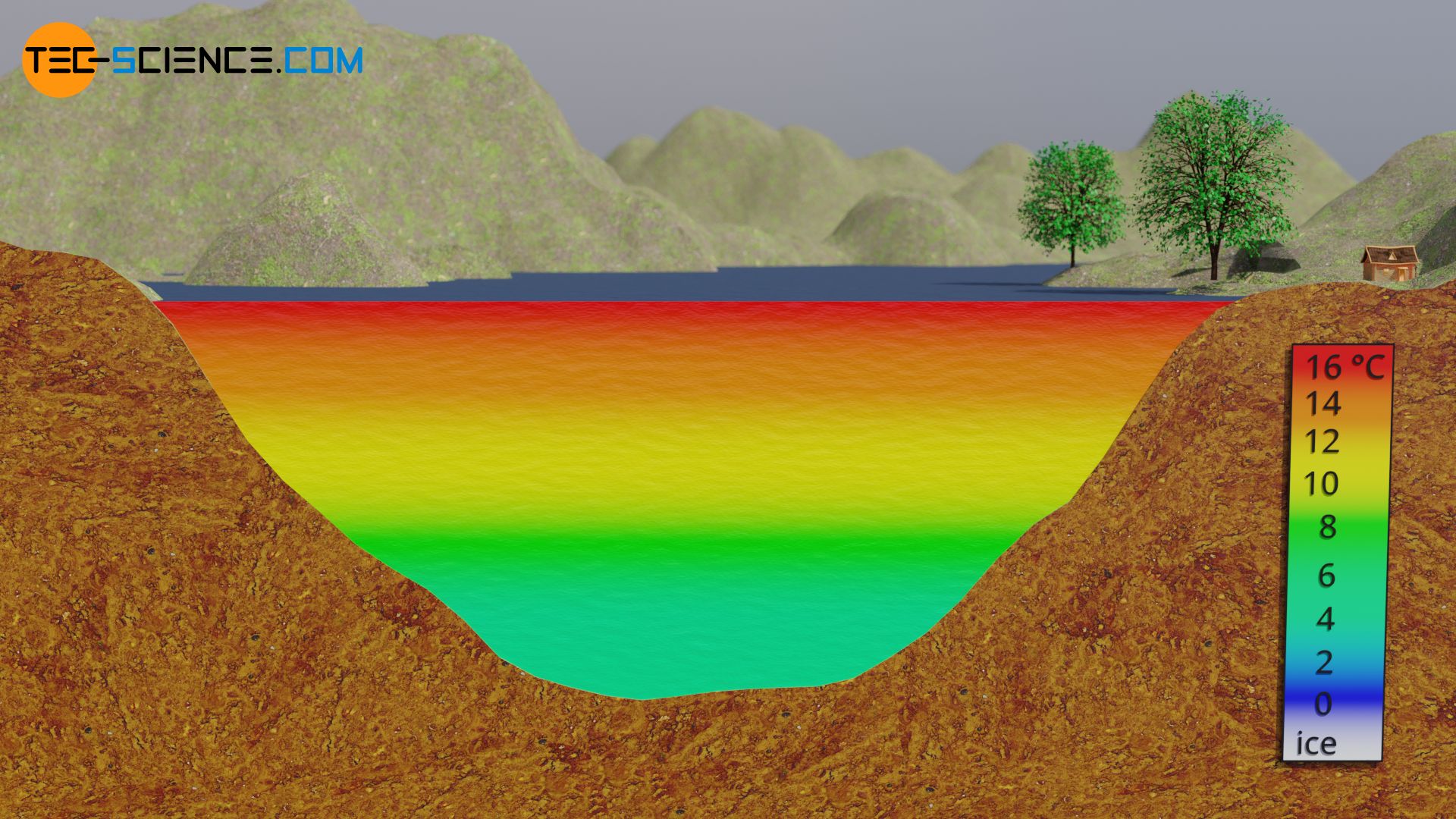 Learn in this article why ice form always on top of a lake in winter.

The negative thermal expansion of water (density anomaly) has an existential importance for life on earth. More precisely: for life under water. Due to the density anomaly, layers of water with different temperatures form in still waters. This thermal stratification is due to the different density of water, which is caused by the different temperatures. Depending on the temperature, heavy water sinks to the bottom of a lake while lighter water rises to the top. The transitions between the temperatures of the individual layers are of course smooth. Since water has the highest density at 4 °C and is therefore the heaviest, it will sink to the bottom of the water (bottom layer).

In summer, the warmer water layers will settle above the 4 °C cold ground layer due to the lower density. As a result of the decreasing density with increasing temperature, the water temperature will steadily increase towards the water surface. While the water surface of deep waters can be relatively warm in summer, depending on the intensity of the sun, the water at the bottom will generally not heat up above 4 °C.

This is especially the case in very deep or still waters, where there are hardly any currents that lead to a mixing of the layers. When the temperature of the bottom layer rises above 4°C in shallow water or during longer periods of heat, the layer of water with the lowest temperature accumulates at the bottom and warmer layers of water lie above it.

This will also be the case if the water has warmed up to 5°C in summer, for example. In this case, a uniform temperature of 5 °C will first form when the water cools down. Further cooling may result in a 4 °C layer on the surface for a short time. However, due to its greater density, this water layer will then sink to the ground. The warmer layers are thus forced to the surface and also cool down. Finally, even in such a case, sooner or later a uniform temperature of 4 °C will be reached throughout the entire water.

If the cold water of 4 °C continues to cool down further in winter, the colder layers will no longer sink to the ground. Because due to the thermal negative expansion, those cooler layers are lighter (lower density). In the temperature range between 4 °C and 0 °C applies: The colder the water, the lighter it will be. This is the actual density anomaly of water, since it no longer contracts but expands as it cools. As a result, the warmer and therefore heavier layers of water will no longer accumulate on the water surface in winter as in summer, but rather the colder and therefore lighter layers of water will be at the surface! Finally, the solidification temperature of 0 °C is reached first on the water surface. For this reason, ice always begins to form first on the surface of a lake.

If the water is deep enough, the cold will usually not penetrate to the deep layers and thus the water will not freeze completely (note that water has only a very low thermal conductivity!). In the deeper layers, the water usually remains liquid at around 4 °C. The fact that a body of water freezes from above due to the density anomaly and thus usually does not freeze completely, ensures the survival of the animals in it.

Without the density anomaly of water, the cold water layers would sink to the ground in winter. The warmer layers would be displaced and rise to the surface. This would lead to a rapid cooling of the water until it freezes completely. The fish in such waters would not survive. 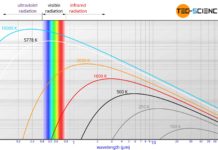