Home Thermodynamics Temperature How does a liquid-in-glass thermometer work? 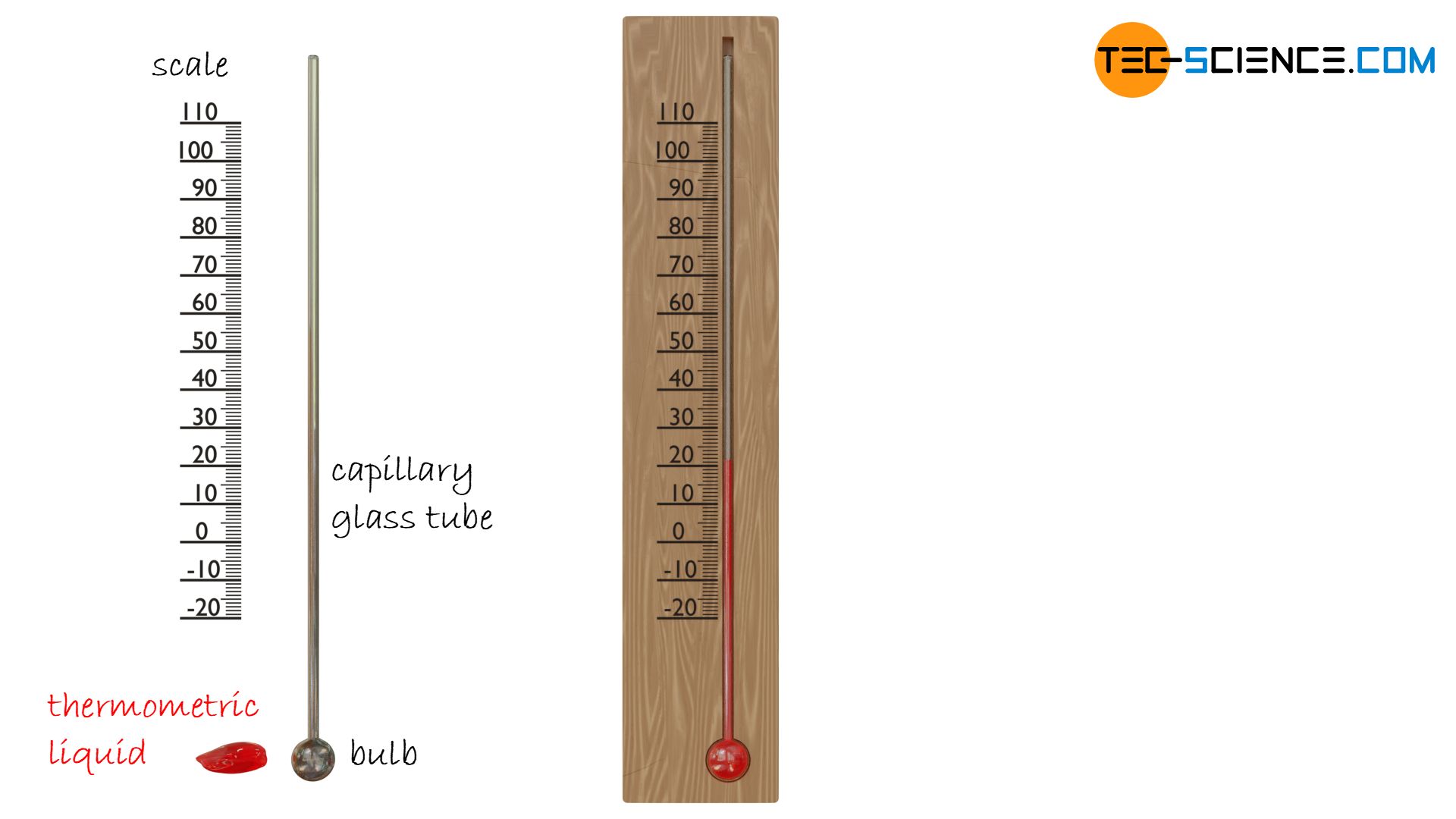 In liquid-in-glass thermometers, the thermal expansion of liquids is used for measuring the temperature!

In liquid-in-glass thermometers, the thermal expansion of liquids is used for measuring the temperature!

The liquids used in such thermometers must have certain properties in order to be suitable for use. For example, they must not freeze at low temperatures, which is why water, for example, is not suitable. The liquids should also have a sufficiently high boiling point so that they do not vaporize at high temperatures. Furthermore, the liquid must expand evenly with the temperature in the measuring range used. Otherwise an uneven division of the scale on the thermometer would be necessary. Also for this reason water is not suitable, since water expands unevenly due to the density anomaly.

However, liquids which have all the required properties and are therefore suitable for use in liquid-in-glass thermometers are also referred to as thermometric liquids. In the past, the highly toxic mercury was used, which has a solidification temperature of -39 °C and a boiling temperature of 357 °C. Nowadays, usually blue or red colored ethanol (alcohol) with a melting point of -115 °C and a boiling point of 78 °C is used instead of mercury. In this temperature range, the everyday temperatures in the range between -20 °C and +50 °C can be well covered.

Mercury was/is used not only because of the wide temperature range (theoretically applicable from -39 °C to 357 °C) but also because mercury hardly wets the glass tube. The capillarity is therefore lower and the temperature can be displayed and read off more accurately.