Home Thermodynamics Temperature How does a bimetallic strip thermometer work? 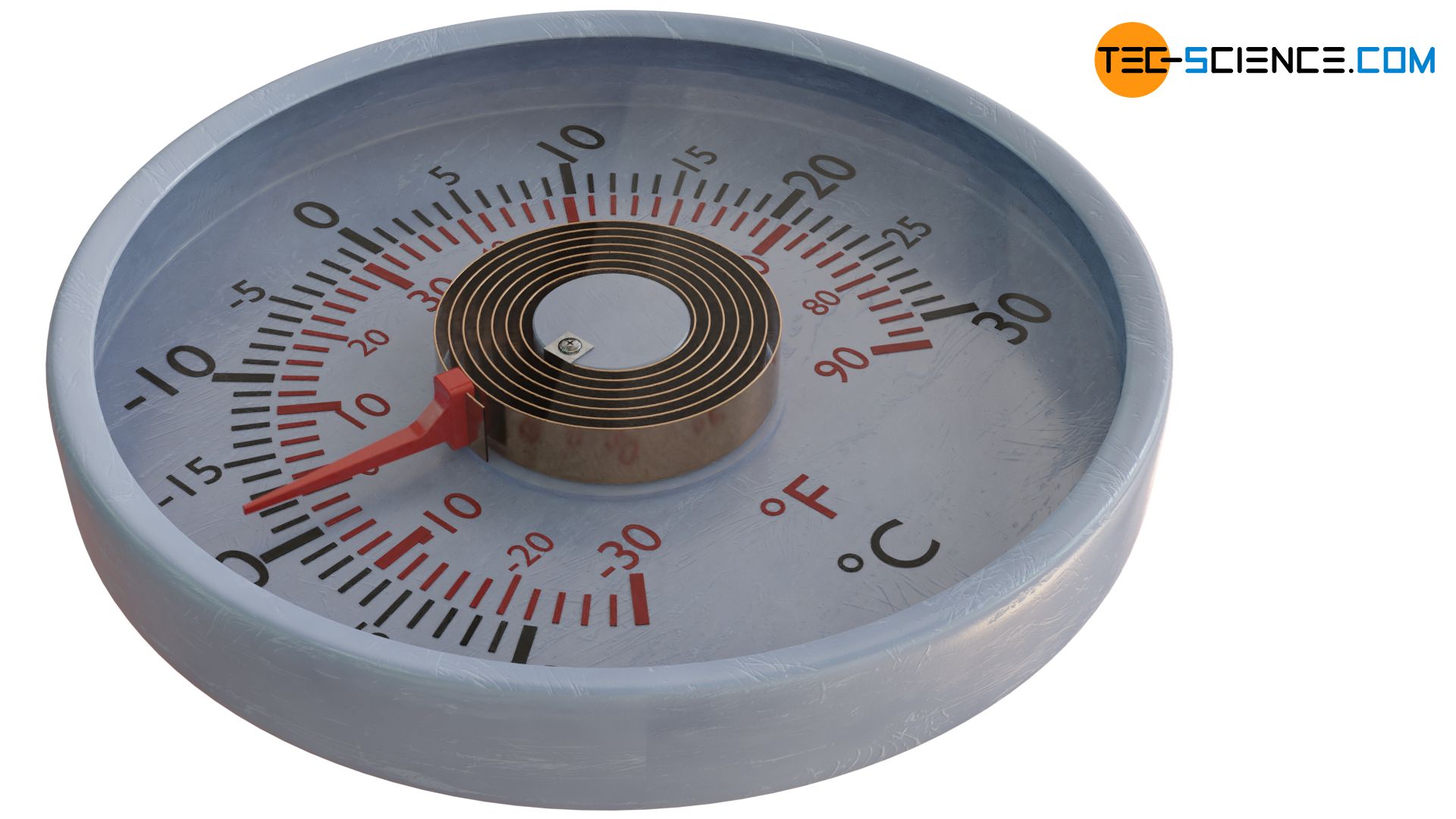 In bimetallic strip thermometers the different rates of expansion of metals when heated is used to measure the temperature!

In bimetallic strip thermometers the different rates of expansion of metals when heated is used to measure the temperature!

Due to their metallic materials, bimetallic thermometers can be used at temperatures from below -100 °C to more than 500 °C.

Bimetal strips are produced by rolling the different metal sheets one on top of the other and then heating them so that the metals bond at the joint by diffusion processes (cold welding).

Note: Due to the electrical conductivity of the bimetallic strip, it is also frequently used as a safety component for automatic shutdown. Bimetallic strips can be found in kettles, for example, which switch off the kettle automatically by opening the electric circuit when the temperature is too high (or when the boiling point is reached).

The longer the bimetal, the greater the bend and thus the sensitivity for temperature measurement. For this reason, a long bimetal strip is often wrapped into a coil. Depending on whether the bimetallic coil is twisted like a spiral or a screw, two different types can be distinguished.

Such a design using a bimetallic spiral is not only very space-saving but also cost-effective. However, the disadvantage is that the dial and the temperature sensor are not separated from each other. The entire bimetal thermometer must therefore be located directly in the medium whose temperature is to be measured. Such thermometers are used, for example, in refrigerators or freezers or to determine the room temperature.

In these cases, bimetal thermometers are equipped with a bimetal strip wrapped into a helical coil. The helical bimetal is firmly connected at one end to the inside of a measuring tube (the bimetal is attached to a cylindrical pin, which is pressed firmly into the stem). A rotatable metal rod is guided through this helical coil, which is connected to it at the loose end. A pointer is attached to the upper end of the metal rod. If the measuring tube is now heated, the helical bimetal winds up and rotates the metal rod. On a calibrated scale the corresponding temperature can be read off.

Such bimetal thermometers can also be equipped with switch contacts which close an electrical circuit when a certain temperature is exceeded or undershot; an electrical signal is triggered accordingly. Switch contacts can thus perform control tasks, e.g. as a thermostat for underfloor heating systems, which switches off the heating pump for safety reasons when temperatures are too high and switches it on again when the temperature falls below a certain level.