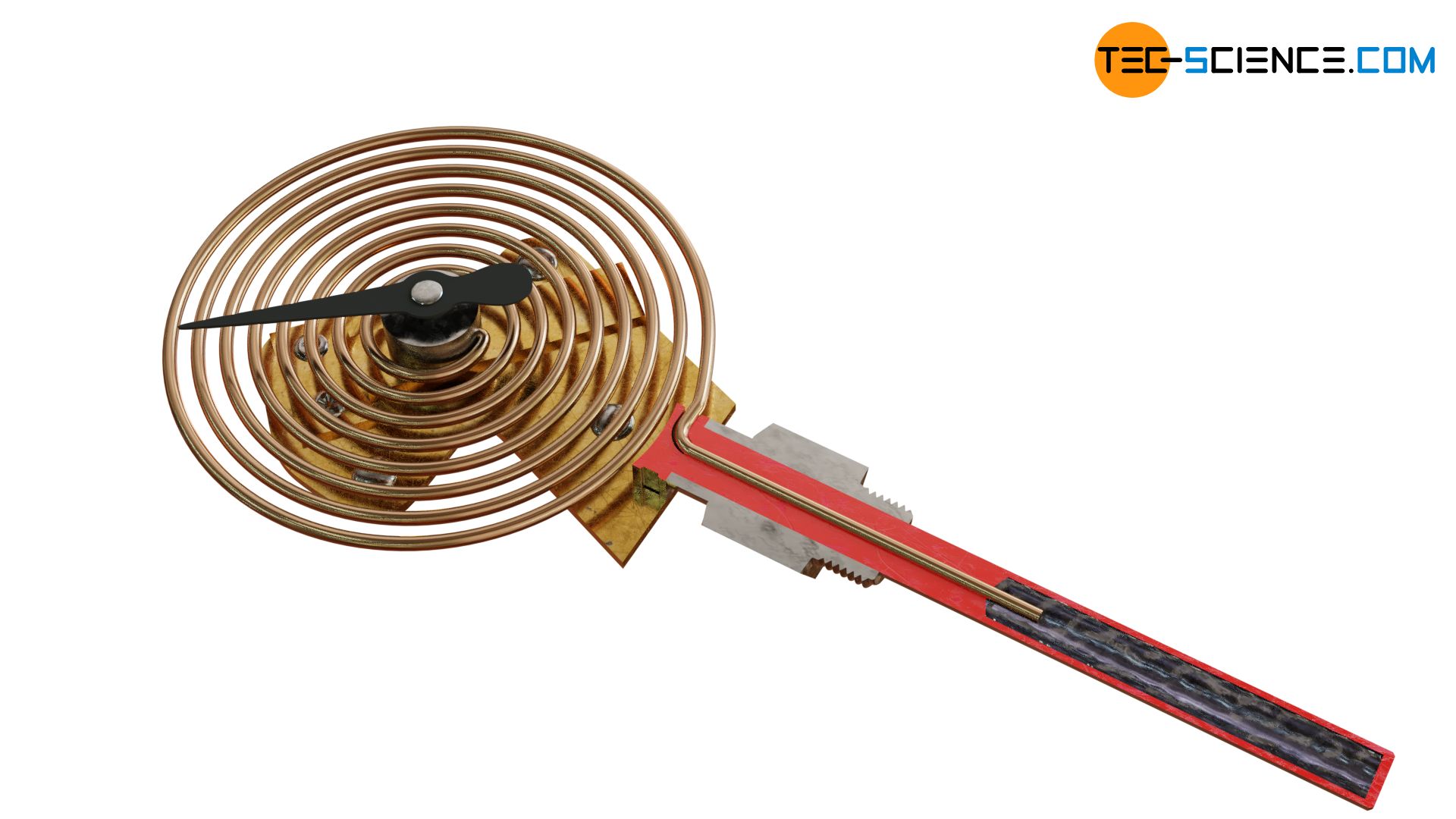 Liquid-in-metal thermometers use the pressure rise of a liquid that comes along with an increase in temperature, if the volume is kept constant!

Liquid-in-metal thermometers (liquid filled thermometers) use the pressure rise of a liquid that comes along with an increase in temperature, if the volume is kept constant!

For liquid-in-metal thermometers, the pressure must therefore be measured and converted into a temperature value by means of an calibrated scale. For this purpose, for example, a tube is wrapped into a coil and filled with a thermometric liquid and then sealed on both sides.

If the temperature of the liquid rises and with it the pressure, it tries to bend up the spiral tube like a spring. Such a tube is also referred to as a Bourdon tube. The elastic deformation of the tube at a temperature increase is directly applied to a rotatably mounted pointer. The corresponding temperature can then be read off from a calibrated scale.

If large distances have to be covered, liquid-in-metal thermometers can also be equipped with a flexible capillary tube that is placed between the Bourdon tube (gauge) and the temperature sensor (bulb). If very large heights are to be covered with a capillary tube, however, a pressure gradient due to the hydrostatic pressure may have to be considered, which falsifies the measurement result.

Liquid filled thermometers can also be equipped with switch contacts that trigger an electrical signal when a certain temperature is exceeded or undershot. Such thermometers can then be used in control engineering.