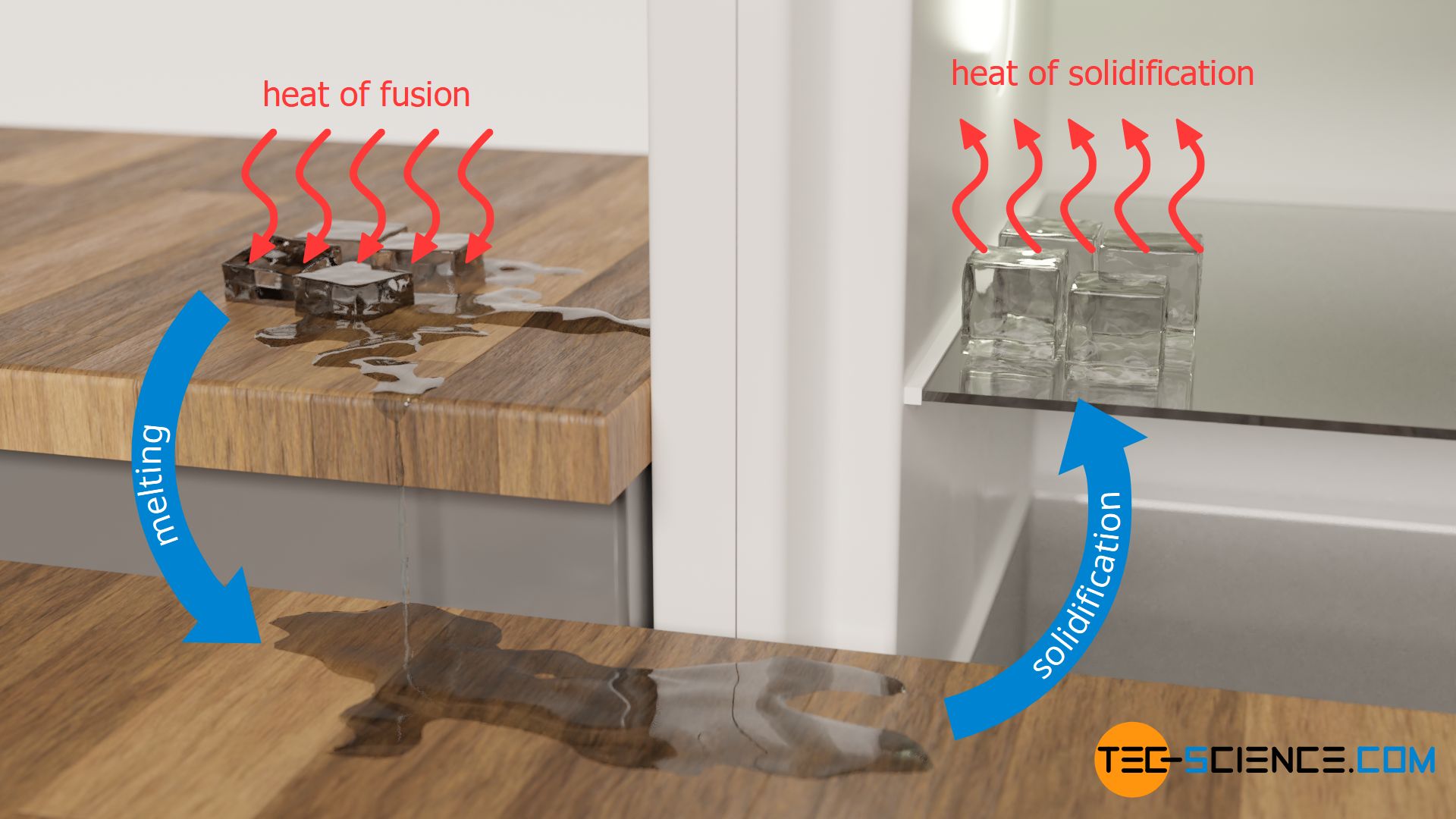 In the article on specific latent heat of fusion, it was explained in detail that when a solid is to be melted, energy is required to break the bonds so that the substance changes to the liquid phase. This energy is added to the substance as heat and is called heat of fusion. In the case of pure substances, the temperature remains constant during melting.

Specific heat of fusion and solidification

In the article Specific latent heat of fusion, the specific heats of fusion or solidification are listed for selected substances. Using these values, the heat of solidification Qs to be released for a given mass ms to be solidified can be determined with the following formula:

In the case of solidification, again one speaks of latent heat, since the heat to be released during solidification is not directly evidenced by a change in temperature (from the Latin word “latere”, which means “to be hidden” or “not to appear directly”).

In the case of water, the latent heat to be released during solidification is 334 kJ per kilogram, which is about the same as the amount of heat that would be needed to bring the water to a boil, starting at room temperature. This is therefore a very large amount of heat that has to be released or that is given off by the liquid water during solidification. This explains, for example, why sprinkling plants with water at temperatures below freezing point is used as frost protection.