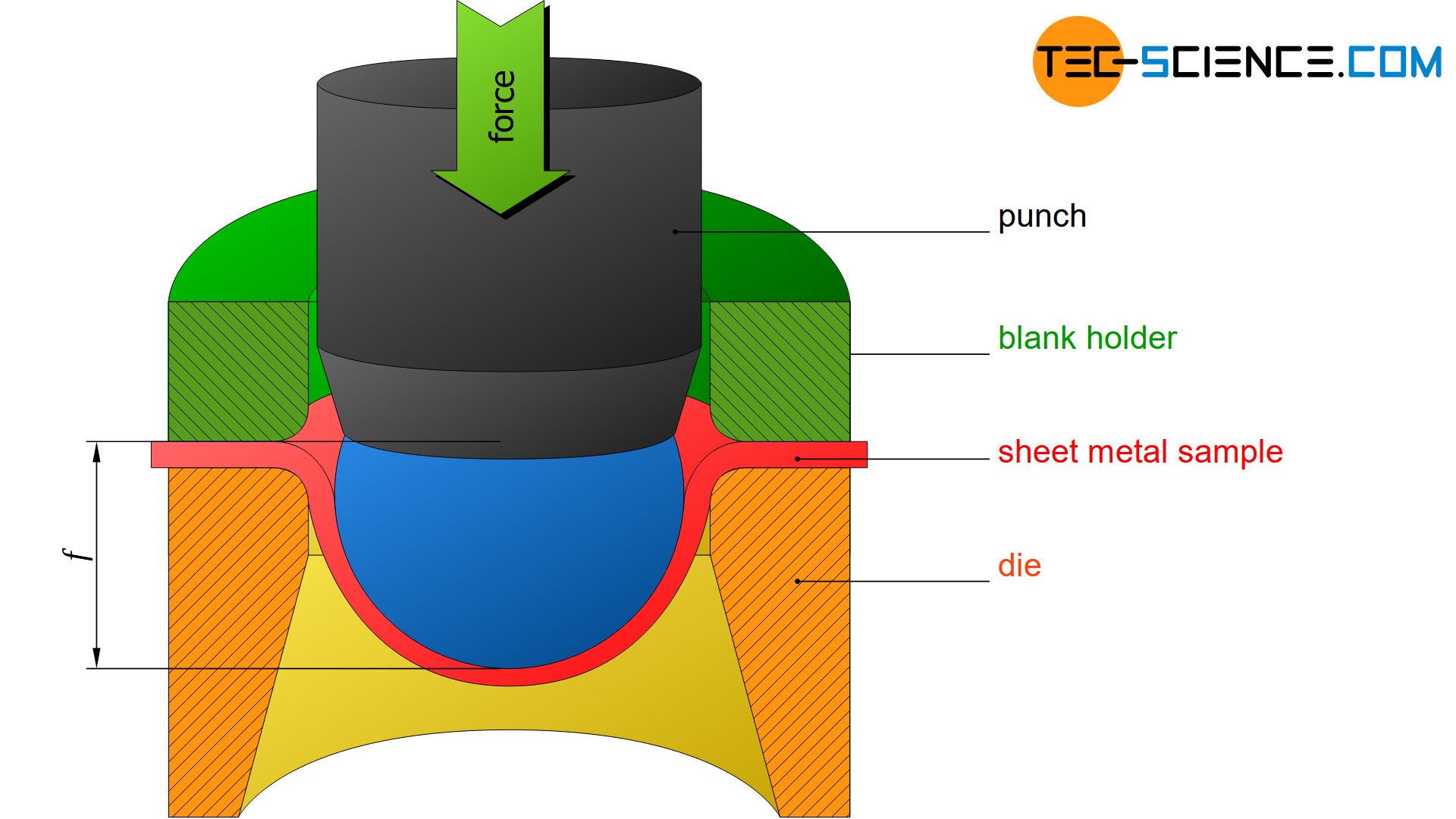 In the cupping test according to Erichsen, the deep drawing behavior of a metal sheet is examined.

Sheets for deep-drawing applications must have very good cold formability, i.e. they must be able to be strongly deformed without cracking. Corresponding deformation characteristics from the tensile test such as elongation at break and reduction in area have only limited significance at this point, since the tensile test permits only low degrees of deformation due to the relatively massive specimen. Sheets, on the other hand, are formed many times more strongly and are subject to a multi-axial stress during loading.

For this reason, sheets are subjected to a special technological test, the so-called cupping test (according to Erichsen), to characterize their deep-drawing capability. A steel ball with a diameter of 20 mm is pressed into a plate, which is held in position by a blank holder. As the force increases, the ball is pressed in more and more and the sheet metal bulges out – in contrast to the Brinell hardness test – on the opposite side. The maximum depth \(f\) to which the steel ball is pressed, without cracking the sheet metal, is used to assess the deep-drawing capability. The cupping test can be used to test sheets up to 3 mm thick.

But not only the deepening is used to characterize the deep-drawing ability but also the appearance of the deep-drawn sample. Thus, the sheet surface may become very roughened during the test, which can be undesirable in some cases despite good deepening.