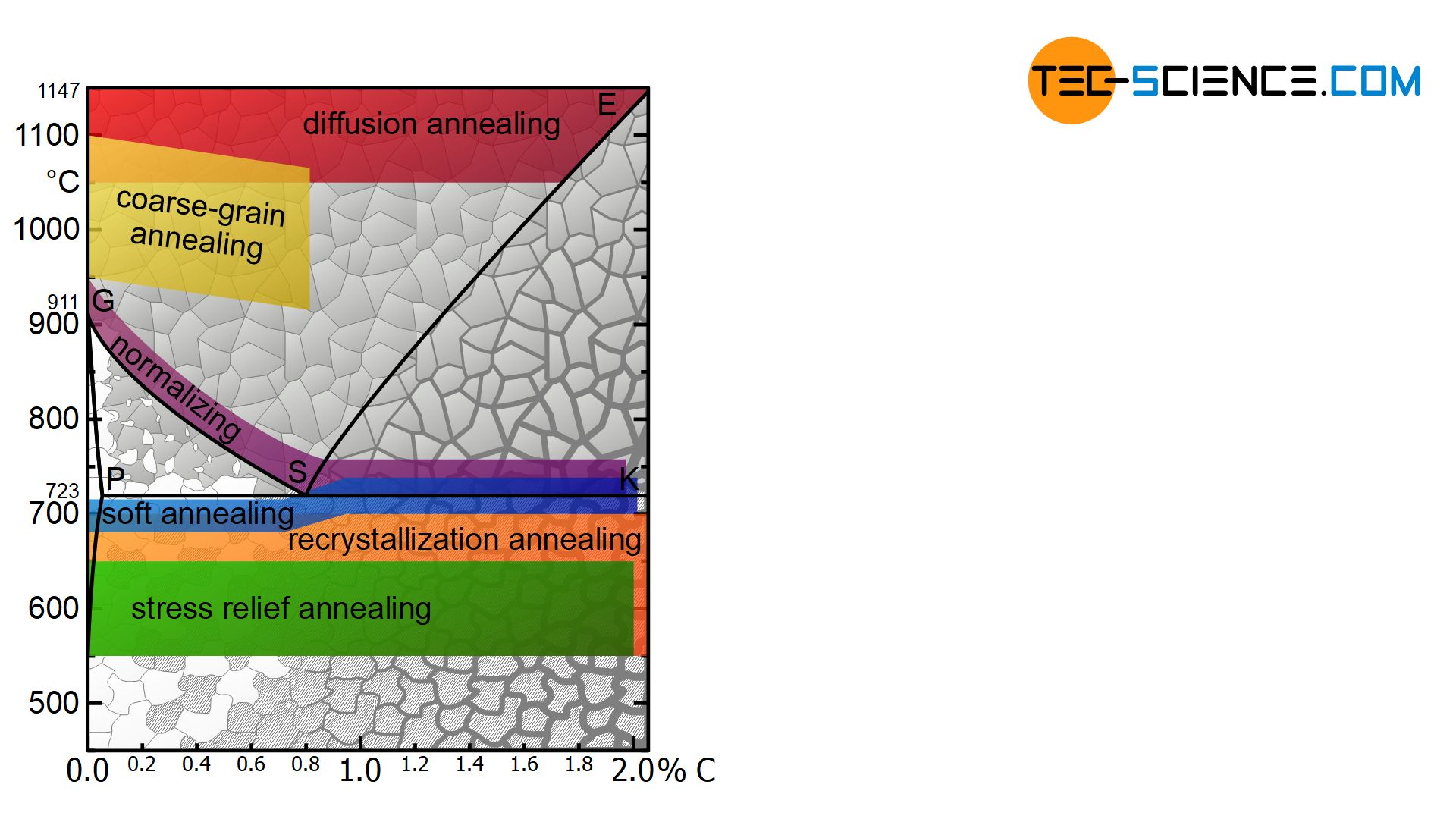 Heat treatment processes are used to specifically influence the properties of the steel.

Rolling texture is defined as stretching of the microstructure in the rolling direction, which leads to a change in the material properties!

The directional dependence of a property (e.g. formability, machinability, current conductivity, reflectivity, etc.) is generally referred to as anisotropy. However, if a material behaves the same in all directions with respect to a certain property, this is called isotropy (“iso” = same). Anisotropy in the properties of a material is generally not desired, as this can lead to unforeseeable effects.

Anisotropy is the directional dependence of a property. With isotropy, however, the property is given equally in all directions!

But it is not only during rolling that the microstructure of a steel can be negatively influenced. Undesirable structural changes can also occur in the area of the joint between two welded sheets. These are due to high temperatures and uncontrolled cooling after welding. This can cause the weld seam to become brittle and tear under high loads.

For these reasons, certain heat treatment processes have been developed in which the steel microstructure can be subsequently changed in the desired manner by exposing it to high temperatures and specifically controlled cooling.

Heat treatment defines processes that specifically change the properties of materials by means of controlled heating and cooling!

In this way, undesirable microstructural changes can not only be reversed (e.g. recrystallisation annealing during rolling or stress relief annealing after welding), but completely new properties can also be achieved (e.g. quenching and tempering). Therefore, the most important heat treatment processes are described in more detail below: