Home Thermodynamics Temperature How does a thermocouple work? 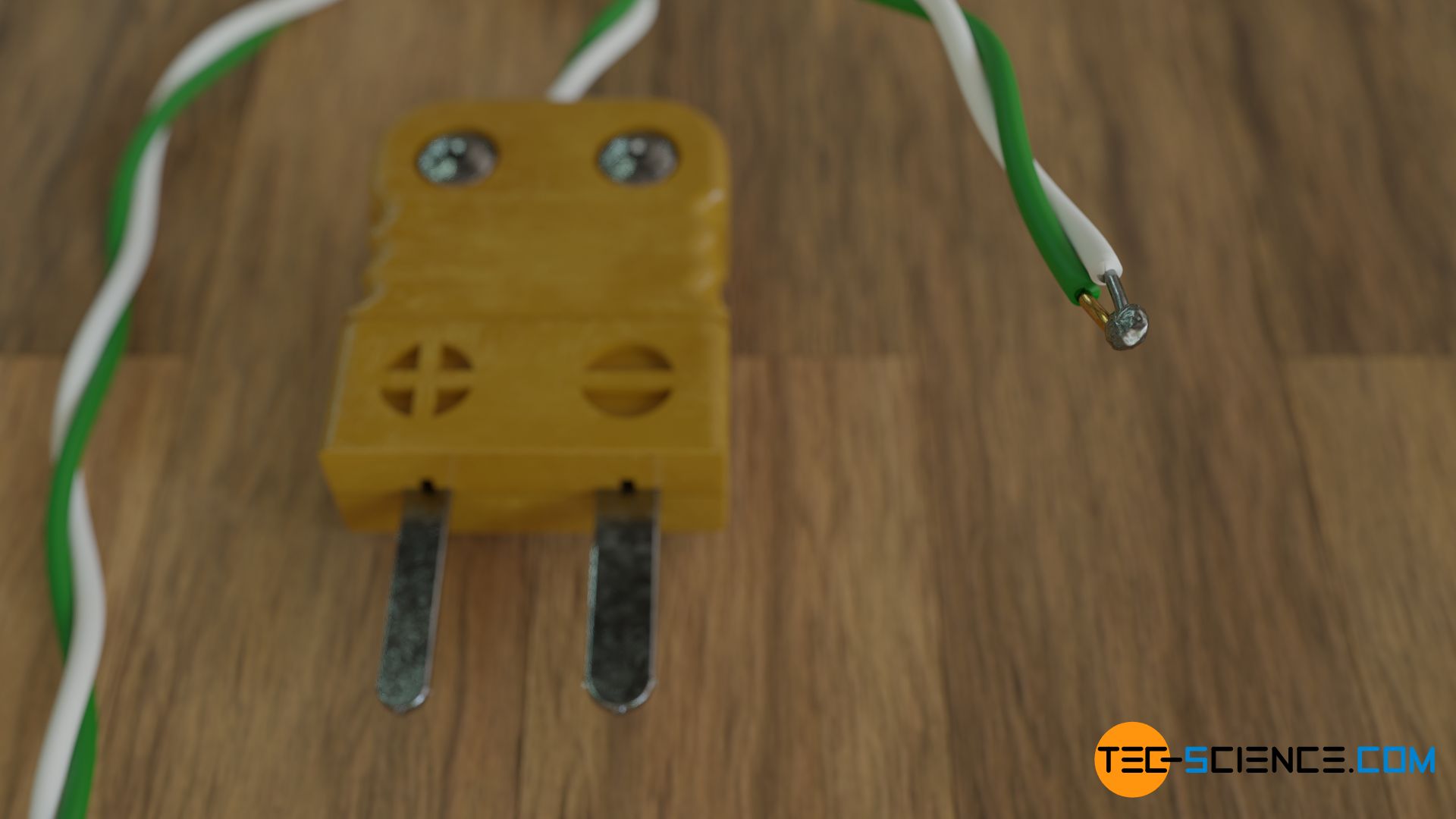 In this article we will deal with the design and operation of a thermocouple which is used to measure temperatures.

A thermocouple uses the phenomenon that a voltage is caused by the presence of a temperature gradient along an electrical conductor.

The electron gas behaves literally like a “real gas” whose particles occupy a larger space when heated and the particle density decreases accordingly.

The thermoelectric effect (Seebeck effect) is a phenomenon in which heat is converted into electrical energy by diffusion of charged particles due to temperature gradients!

Per Kelvin temperature difference along one electrical conductor, the Seebeck effect is in the order of a few microvolts. The thermoelectric voltage is strongly dependent on the conductor material at a given temperature gradient. In the case of materials whose free electrons can be set in motion relatively easily when heated, the thermoelectric voltage is greater because the electrons are more strongly spread.

If a simple wire such as the one described above were exposed to a heat source, the wire would heat up evenly. Due to the lack of temperature gradient between the ends, no thermoelectric voltage could be measured. In addition, further thermoelectric voltages would be caused at the additional measuring leads.

Therefore, two different conductors are required which differ in the strength of the Seebeck effect (e.g. copper and iron). The different wires are now connected at one end. This joint serves as a measuring junction (“hot junction”) and is exposed to the temperature to be measured. The other ends lead to the so-called reference junction (“cold junction”), the temperature of which is usually ambient temperature.

Since the two metals are connected to each other at the measuring junction, they are at the same electric potential. As a result, the electric potentials at the reference junction differ and an electrical voltage is caused that can be measured with a voltmeter.

This electrical voltage can also be explained as follows: The diffusion of electrons from the measuring point to the reference point due to the temperature gradient is much more intense with iron, i.e. more electrons will accumulate there than at the end of the copper wire. This leads to a charge imbalance between the wire ends at the reference junction, in favour of increased electron accumulation at the end of the iron wire. A measurable voltage is generated at the reference junction, which is dependent on the temperature difference to the measuring junction.

Thermocouples only measure thermoelectric voltages due to temperature differences between measuring junction and reference junction!

The cold junction temperature can, for example, be determined with a Pt100, whose electrical signal can then be processed directly with the thermoelectric voltage in order to output the temperature at the measuring point.

The selection of materials to generate the thermoelectric voltage of a thermocouple is of central importance. The following properties of the material combination are taken as a basis:

Up to now, no material pairing has been able to cover all required properties to the same extent. Therefore, different material combinations (so-called types) are used depending on the application, e.g.:

Type K is the most common type in private use.