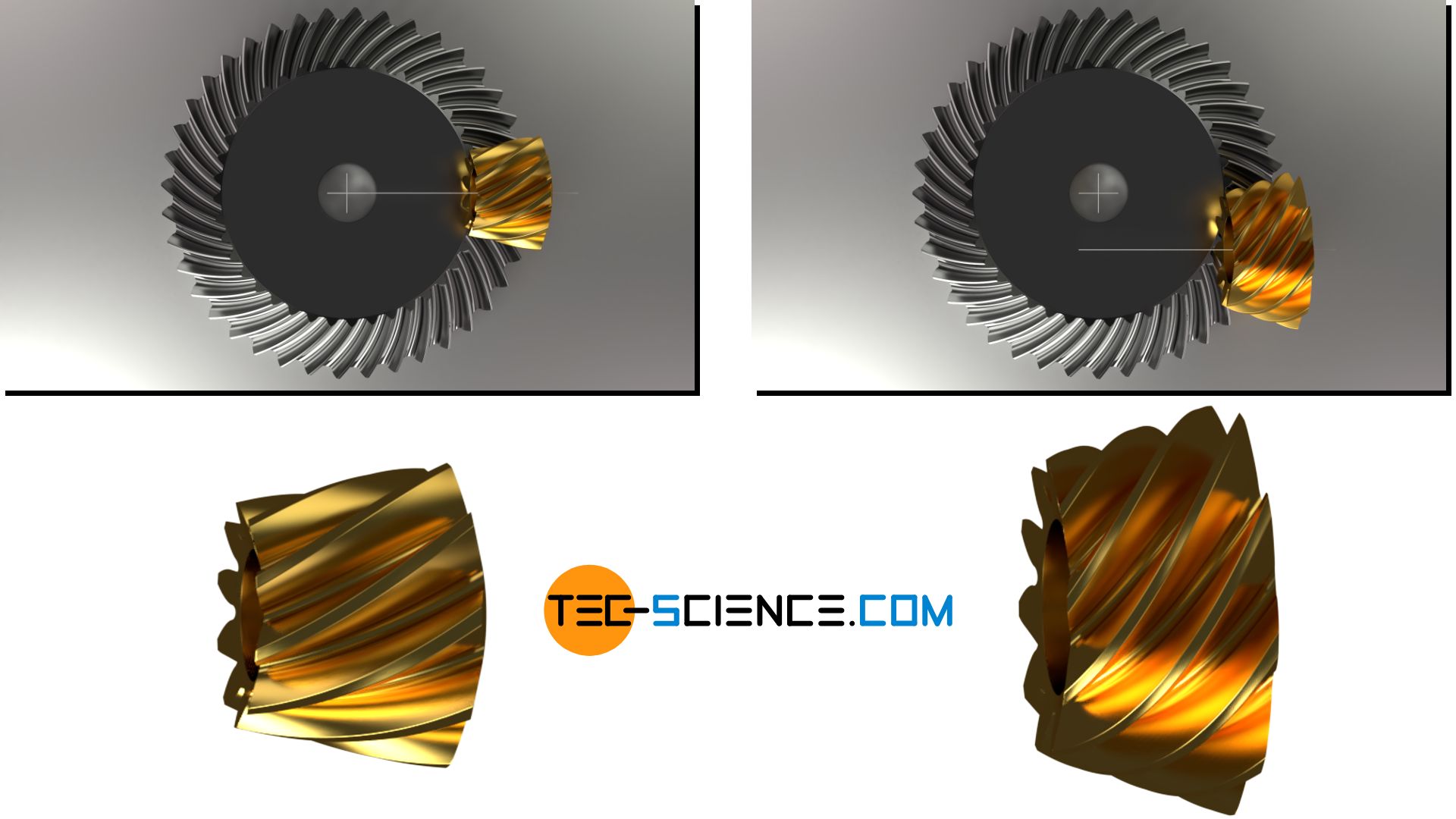 With hypoid gears, rotary motions between non-intersecting axes can be realized!

With the bevel gears considered so far, the axes of the ring gear and pinion intersect at a certain point. In these cases, an offset of the axes (skew axes) cannot be realized.

However, if rotational motions are also to be transmitted between axes that do not intersect, the pinion of a bevel gear unit in particular must be designed differently when the axes are offset. In particular, one no longer gets a rolling motion but a screwing motion. The pinion then forms a conical screw gear, which is then called a hypoid gear (hypoid gearbox).

With hypoid gears, rotary motions between non-intersecting axes can be realized!

Due to the stronger spiral shape of the teeth in the case of a positive offset, it is also achieved that several teeth are simultaneously involved in meshing (higher overlap ratio). This not only allows higher torques to be transmitted than with normal bevel gears, but also significantly reduces noise emissions.

Hypoid gears are therefore used, for example, in differentials in the automotive industry. The figure below shows one of a total of two differential gears of a truck for the rear-wheel drive. The driving hypoid pinion and the driven ring gear with spiral toothing can be seen. The shown gearbox has a mass of about 150 kg.

The hypoid gear can ultimately be regarded as a mixture between a bevel gear and a worm gear and accordingly combines features of both variants. In particular, the bevel-shaped base bodies used for bevel gears and the screwing motion in worm drives.

Note that the basic bodies of the hypoid gears are no longer pitch bodies in the true sense. This is because the power transmission no longer takes place rolling in any contact point of the flanks but purely screwing, i.e. the tooth flanks slide permanently onto each other. Because of this gliding process, which is typical for screwing motions, hypoid gears require special lubrication with so-called hypoid gear oils.

Hypoid gears must be specially lubricated due to the screwing power transmission!