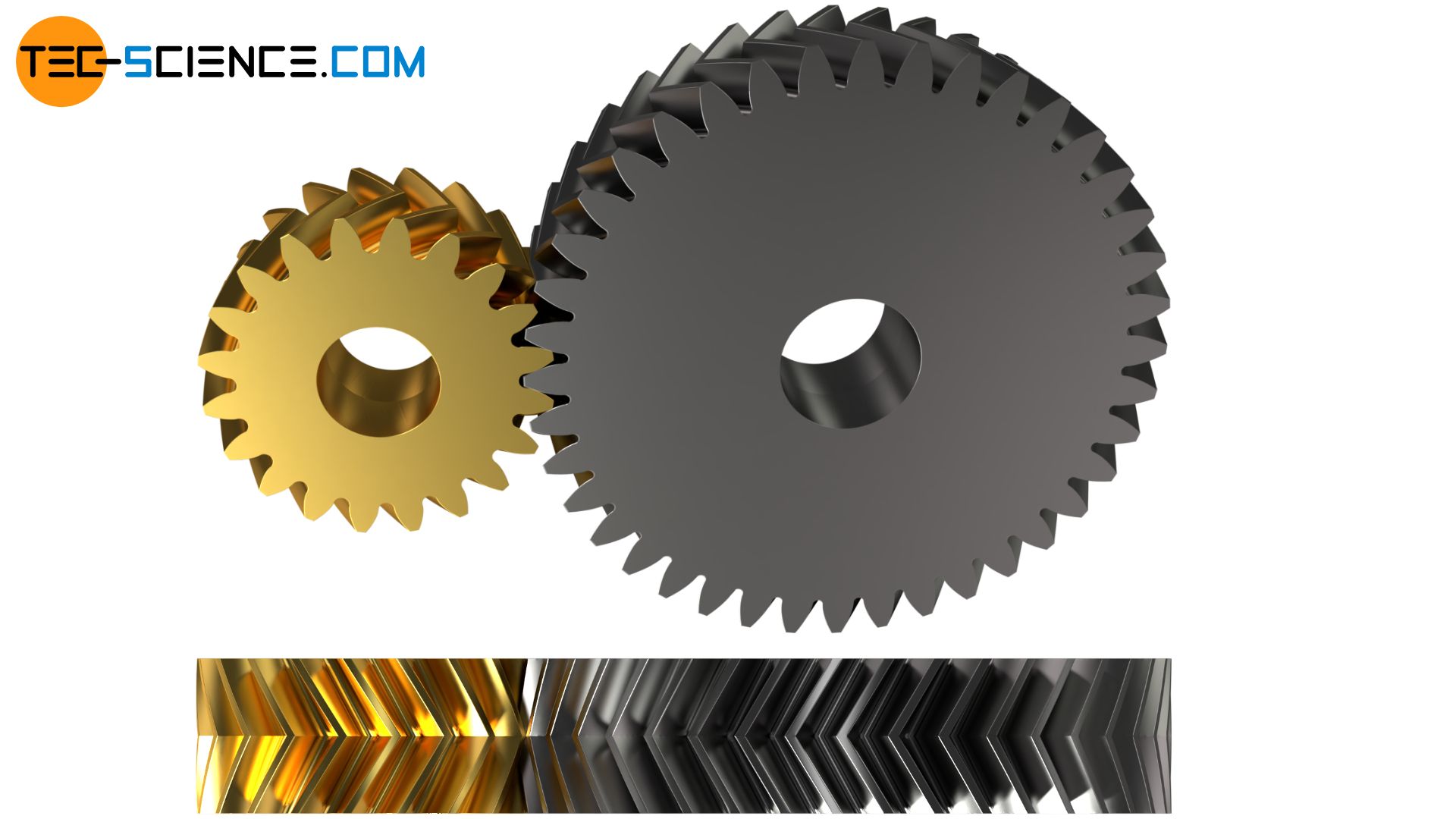 Herringbone gears combine the advantage of helical gears (high load capacity) with that of spur gears (no axial forces).

Due to the reciprocal arrangement of the helixes, each side generates an opposing axial force, which cancel each other out. This prevents axial thrusts that would have to be absorbed by bearings.

Due to the relatively long tooth length (due to the inclination), high torques can be transmitted with herringbone gearings. However, the complex and thus expensive production of such gear types is limited to special applications. (e.g. for large transmissions). Furthermore, subsequent fine machining of the teeth (e.g. by grinding) is almost impossible due to the difficult accessibility.

Herringbone gears allow high torques to be transmitted without generating axial forces. The bearing wear is correspondingly low. The production of such a gearing is very complex and therefore expensive!

Due to the complicated manufacturing process, the double helical gearing described below is often used in practice instead of herringbone gearing.

The same effect as with herringbone gears is in principle achieved by the mirror-image arrangement of two helical gears, whose respective tooth flanks then also taper in the shape of an arrow. Such gears are then referred to as double helical gears.

The respective helix halves are produced on a common shaft, whereby a groove must exist in the middle for the manufacturing tool to exit. The production of a double helical gear is cheaper than the production of a herringbone gear.

Double helical gears consists of the mirror-image production of two helical gearing, with a groove in the middle between the helix halves!

In practice, it is almost not possible to assemble two separate helical gears in order to obtain a “double helical gear” due to the very precise arrangement with the mating gear.