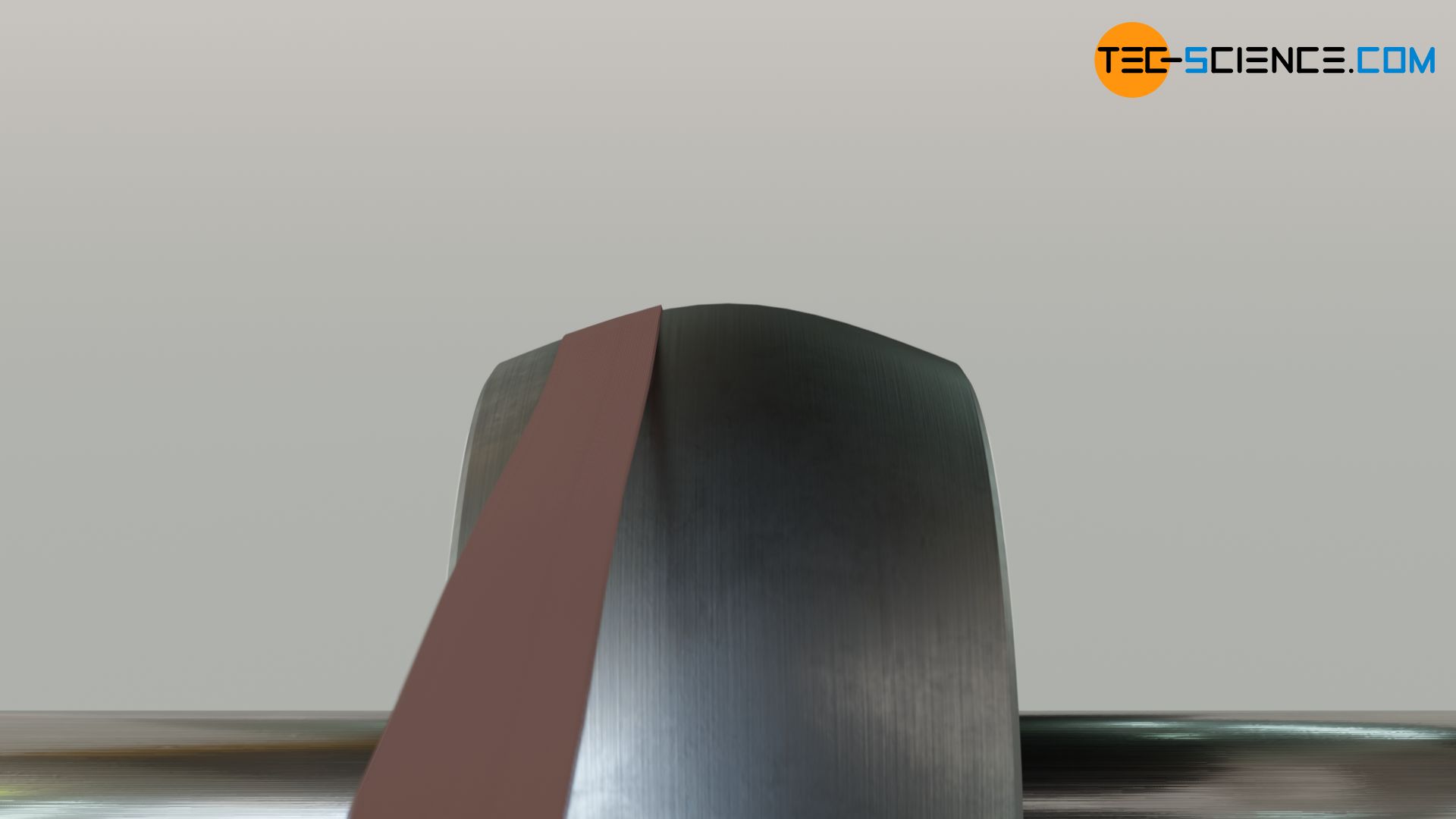 In this article, you will learn why a convex curvature of a crowned pulley will cause a flat belt to keep track and not jump off the pulley!

Paradoxical as it may seem at first glance, a convex curvature of a pulley causes a flat belt to keep track and not jump off!

To understand this paradoxical behavior, let’s take a closer look at the belt on a crowned pulley. For this purpose, the figure below shows a flat belt attached to a cylindrical pulley (driving pulley) and to a crowned pulley (driven pulley). The curvature is greatly exaggerated for the sake of clarity. In practice, the curvature on pulleys is hardly visible and is often only a fraction of a millimeter.

Due to the curvature, the belt is tensioned differently on the two sides. The side of the belt closer to the center is tensioned more than the other side. This difference in tension means that the belt no longer wraps symmetrically around the pulley, but curves. This effect can be demonstrated relatively easily with a rubber band or even an elastic cloth. If you pull the rubber band apart on one side, the result is not a straight line, but the band curves outwards and forms an arc!

This effect of the bulge on the more tensioned side is also seen on the belt when it wraps around the crowned pulley. The belt is, so to speak, superelevated. This effect is all the greater the greater the differences in the tensions of the two sides of the belt and thus the more the pulley is curved.

Because the pulley and the belt itself are curved, the side of the belt with the bulge hits the pulley first.

This point of the belt, which runs onto the pulley first, is also under high tension and thus sticks very strongly to the pulley. This point, however, is tempted to run along a circular path around the pulley (line drawn in white with contact points marked in red). In this way, the belt thus pulls itself up towards the center of the pulley. 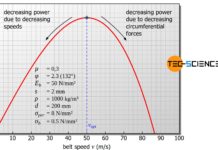 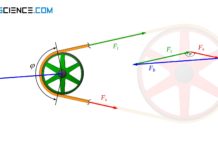 Calculation of the bearing force for belt drives