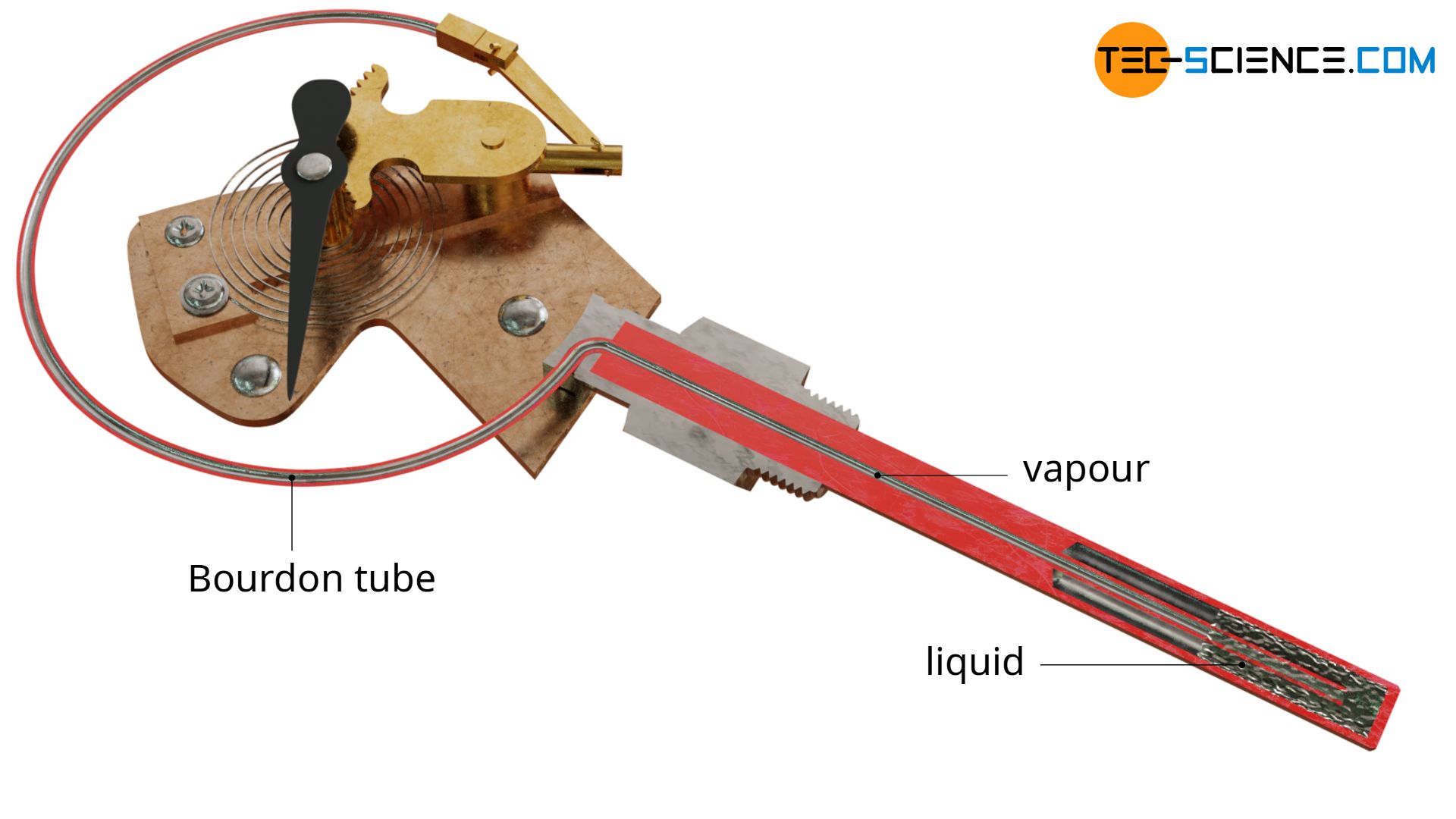 Vapor pressure thermometers use the temperature-dependent vapor pressure of a liquid as the measuring principle.

In vapour pressure thermometers a highly volatile liquid is used, but only partially occupies the thermometer volume. The liquid begins to vaporize and fills the rest of the volume with steam. As a result, the pressure rises until an equilibrium between the liquid phase and the gas phase is reached. In simple terms, the rising pressure causes the vaporizing particles to be forced back into the liquid state.

The figure below shows the vapour pressure curve of water as an example.

Vapour pressure thermometers can be used at very low temperatures, which are only a few Kelvin above absolute zero.