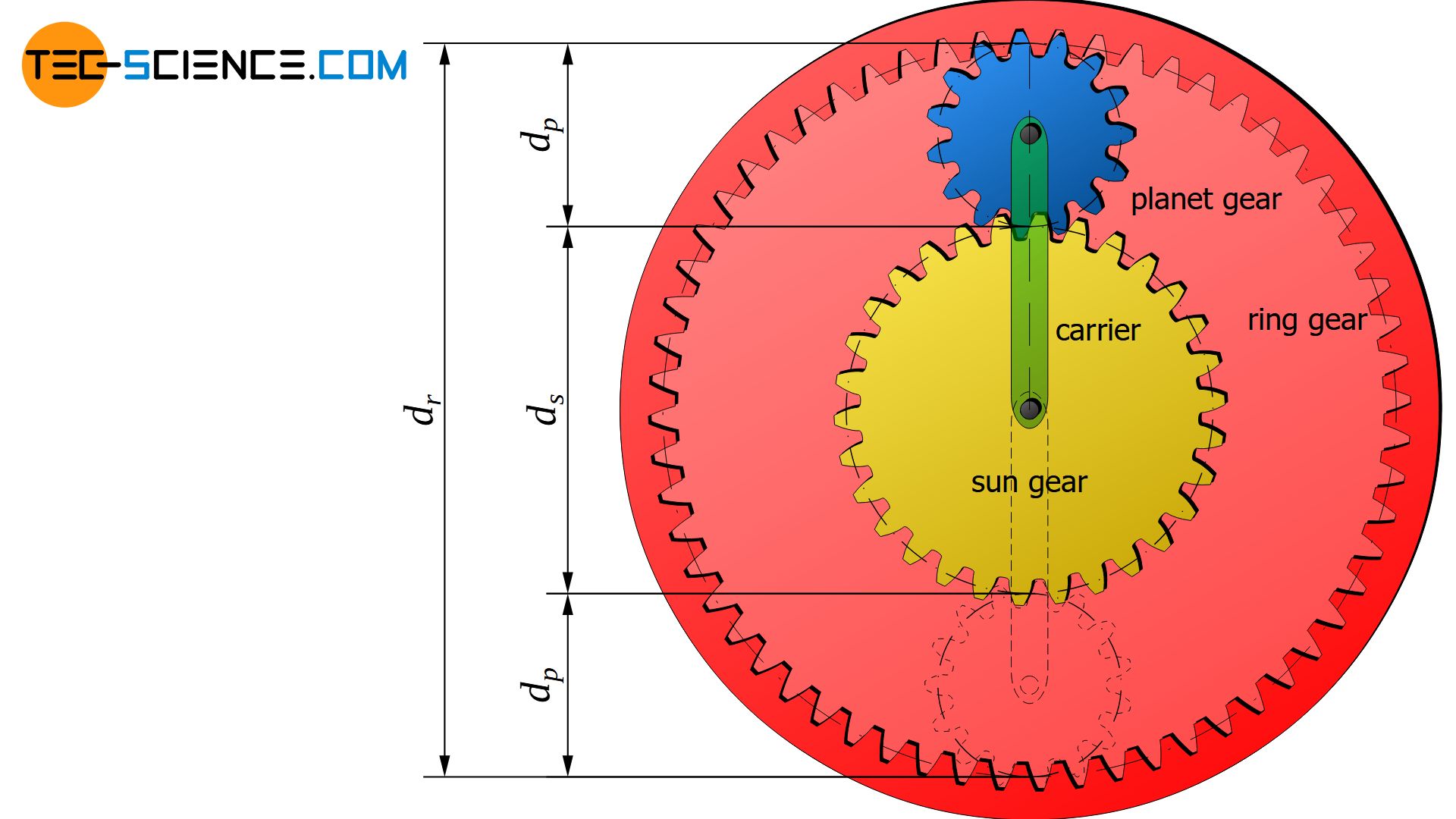 The Willis equation describes the motion of the individual gears of a planetary gearbox (epicyclic gear).

The change in speed of planetary gearboxes are no longer as easy to understand as those of stationary transmissions. This is due to the fact that the motion of the rotating planet gears is ultimately a superposition of three different motions. The motion no longer consists of a simple rotation around its own axis, but the axis itself performs an additional circular motion around the axis of the sun gear, while the planet gear also performs an additional circular motion because of the rotation of the sun gear.

Thus, the motion of a rotating planet gear can be traced back to the superposition of three separately observable motions:

In order to derive the relationship of the rotational speeds between the sun gear, the planet gear and the carrier, the above-mentioned motions are first described separately and then superposed. For the sake of clarity, the gears are assumed to be (pitch) cylinders.

Rotation of the carrier around the sun gear

Rotation of the planet gear around its own center of gravity

If one considers a mere rolling motion, then the arc length bc, which the carrier has covered on the sun gear, corresponds exactly to the arc length bp2, by which the planet gear has moved on its circumference. The additional angle φp2 can be determined by the radian measure as follows:

Rotation of the sun gear

The carrier is now held in position and the sun gear is rotated clockwise by an angle φs. In this case, the planet gear will turn counterclockwise by an angle φp3. Analogous to the case before, the following statement applies: The arc length bs at the circumference of the sun gear corresponds to the arc length bp3, by which the planet gear has moved on its circumference:

Superposition of the different motions

The motions of the planet gear according to the equations (\ref{P1}), (\ref{P2}) and (\ref{P3}), which have been considered separately so far, can now be superposed to the total motion:

Since the pitch circle diameter d of a gear is directly proportional to the number of teeth z, the equation above can also be expressed by the respective number of teeth: