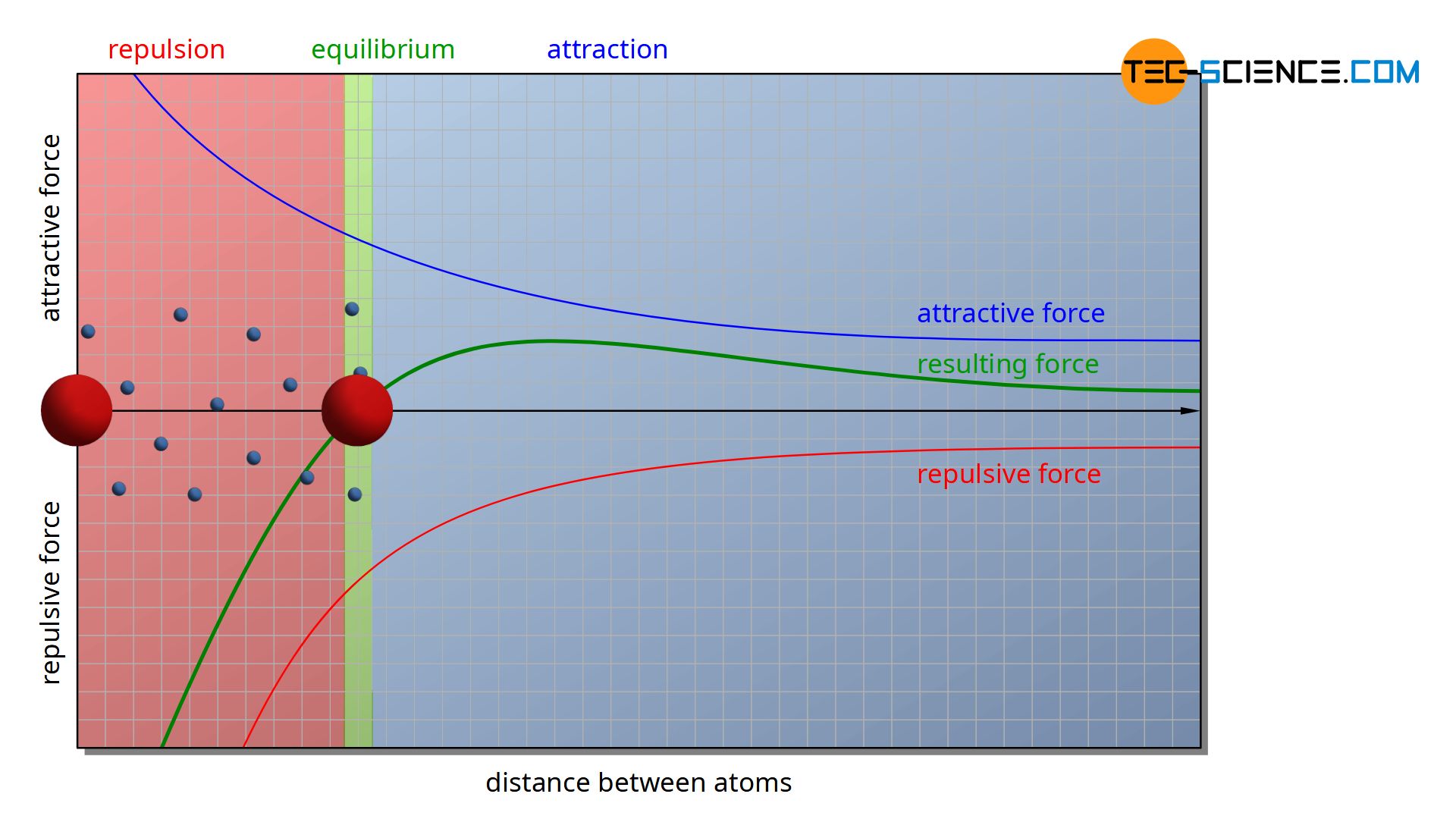 Metals play an important role in mechanical engineering. Compared to other materials, they can withstand relatively high loads, but still have sufficient plasticity (ductility) not to break immediately under stress. In addition, metals have a very good thermal conductivity and electrical conductivity, which gives these materials a wide range of applications. Due to this special position of metals in mechanical engineering, their atomic structure is discussed in more detail below.

The structure of metals has already been explained shortly in the chapter on metal bonding. The metal atoms release all their outer electrons and thus reach the noble gas configuration. In this way, positively charged metal ions remain (cations). Due to the released electrons, a kind of “gaseous” state of the free electrons is formed around the positive ions. This is also known as electron gas.

Consequently, there is an state of equilibrium in which both forces compensate each other. In this stable position the cations keep a fixed distance. This ultimately leads to a regular build-up of the atomic structure. Such regularity in atomic structure is also referred to as crystal structure or lattice structure. The substance itself is called crystalline. However, the grid structure can take different forms, which will be discussed in more detail in the article Important types of lattice structures.

A regularity in the atomic structure of a substance is called crystal structure or lattice structure. Materials lacking such a crystalline structure are called amorphous!

The animation above shows the forces acting between two ions. At a large distance, the attractive force of the electron gas predominates, so that the ions initially approach each other. If the distance between the two ions is reduced, the repulsive force increases more and more and rises disproportionately compared to the attracting effect. If the approach is too close, however, the repulsive force is greater, so that the distance increases again. Finally an equilibrium state is reached, in which both forces are equal and a resultant force disappears.

Of course, a metal consists not just of two atoms, but of a multitude of particles. The individual particles then perceive not only the repulsive forces of their immediately adjacent particles but also the forces of particles located further away. The whole particles thus influence each other in their electrostatic effect. Therefore, the atomic distance of two neighboring ions will not correspond exactly to the value obtained in the figure above with only two atoms.

The distance between two ions is a characteristic value for the corresponding metal and is called a lattice constant. The lattice constant is on the order of about 250 to 500 pm. A massive iron cube with an edge length of 25 mm contains about a quadrillion (1024) atoms! This corresponds approximately to the number of 1-litre-milk-bags that would be needed to fill the entire volume of the earth with milk!

In a crystalline structure, a smallest unit can always be found, that repeats itself at regular intervals. Such an elementary unit is also called a unit cell.

A unit cell is the smallest repetitive unit of a lattice structure!

However, there are only a few substances that have such a simple cubic crystalline structure (e.g. the highly radioactive polonium). From a technical point of view, variations of this type of lattice are much more common. These include the so-called body-centered cubic lattice (bcc) , the face-centered cubic lattice (fcc) , and the hexagonal closest packed lattice (hcp) .

Especially with regard to ductility, metals show different properties depending on the type of lattice structure. In order to understand this, more detailed knowledge of the individual lattice types is required. Therefore, the three lattice types mentioned above will be explained in more detail in the following section. 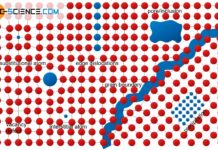 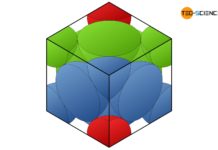 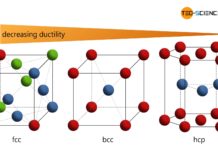