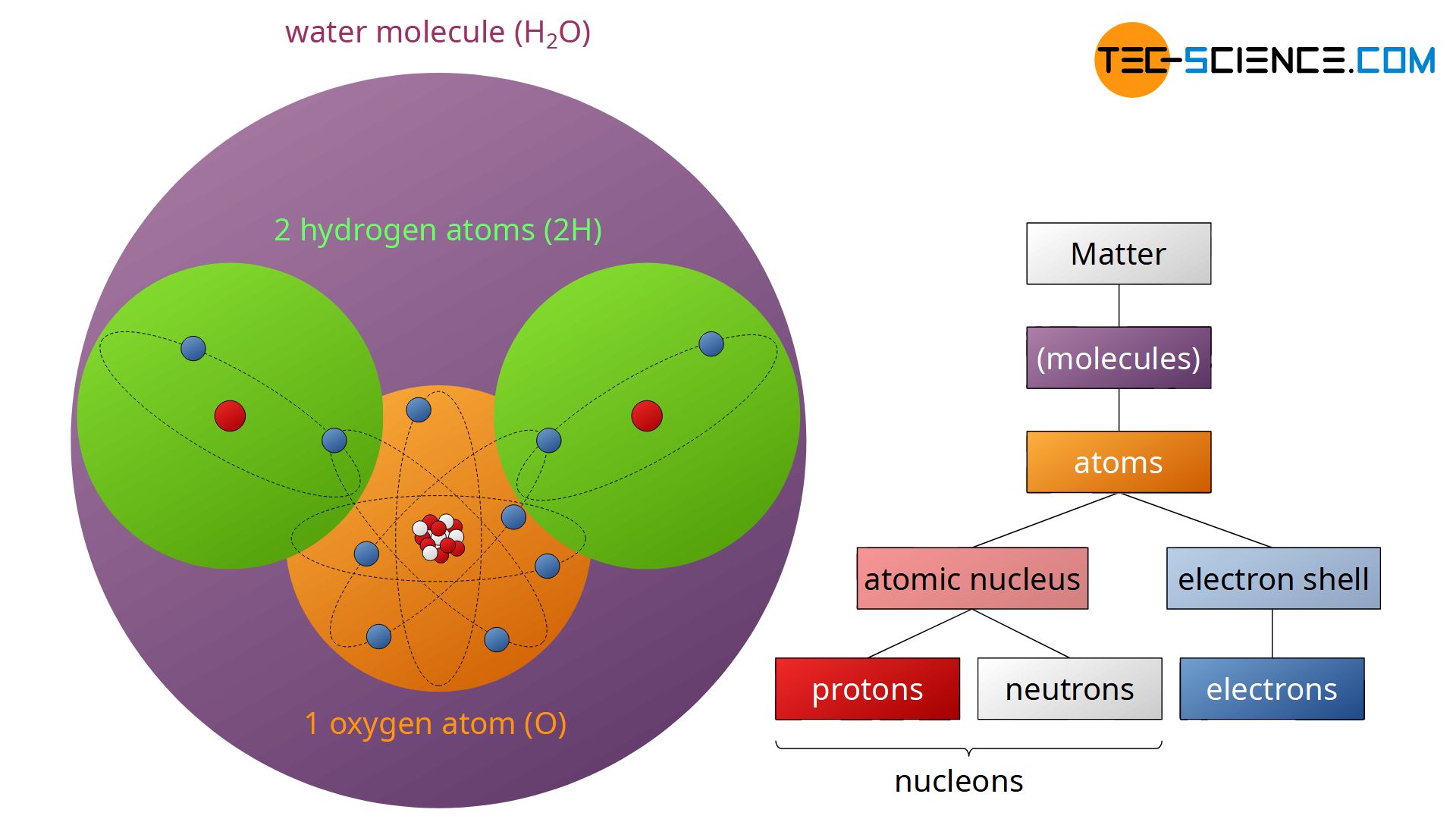 Matter is made up of microscopic units called atoms. An atom consists of a positively charged atomic nucleus (protons and neutrons) and a negatively charged electron shell (electrons).

Matter is made up of microscopic units called atoms. Chemical elements are composed of atoms of a certain type. The classification of the elements takes place according to the periodic table. If several atoms (chemical elements) react with each other and form a stable unit by chemical bonds, these are called molecules.

Molecules are stable compounds of atoms by using chemical bonds.

For example, water consists of the elements hydrogen and oxygen. In each case, two hydrogen atoms (H) and one oxygen atom (O) join together in order to form a stable H2O molecule. Atomic units such as molecules, atoms, protons, neutrons, electrons, etc. are simply referred to as particles. In this connection one often speaks of the so-called particle model of matter.

The particle model of matter means that matter is made up of particles without making a difference between atom, molecules, etc.

The particles in the nucleus (neutrons and protons) are also referred to as nucleons.

The attraction between the protons an the neutrons can not be caused by a electrostatic field because neutrons do not carry electric charges and theirfore can not be affected by such a field. It is rather another type of force. This force is called strong nuclear force or strong interaction. In addition to the electromagnetic force, the gravitational force (gravity) and the weak interaction (weak nuclear force), the strong interaction is one of the four fundamental forces of physics.

The strong nuclear force (strong interaction) between the nucleons holds the atomic nucleus together.

The electron shell is an imaginary shell where the electrons orbit the nucleus.

The number of protons in an atom’s nucleus (atomic number) determines the element.

Isotopes do have the same number of protons but different number of neutrons.

If the hydrogen atom has a neutron in addition to the proton, this isotope is called deuterium (symbol: D). Deuterium is represented by only 0.015% of all naturally occurring hydrogen atoms.

Another hydrogen isotope even has two neutrons in the nucleus and is called tritium (symbol: T). This isotope accounts for only a tiny fraction of total hydrogen in nature. However, unlike protium and deuterium, tritium is not stable and decomposes with a half-life of approximately 12 years. Due to the decomposition tritium is radioactive.

In the electrically neutral state, there are just as many positively charged protons in the nucleus as there are electrons in shell. The electric charge of an electron and a proton is identical in magnitude, but with the opposite sign. In the macroscopic point of view, the electrostatic effects cancel each other out. In this state, the particle is electrically neutral. However, if this neutral state is disturbed by absorbing or removing electrons, the atom is called an ion. The process of absorbing or losing electron is called ionization.

Note, that anions are larger in size than their respective atom due to the excess of electron and cations are smaller in size because of the loss of electrons. 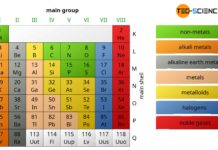 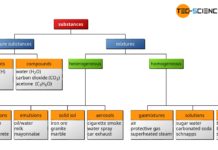