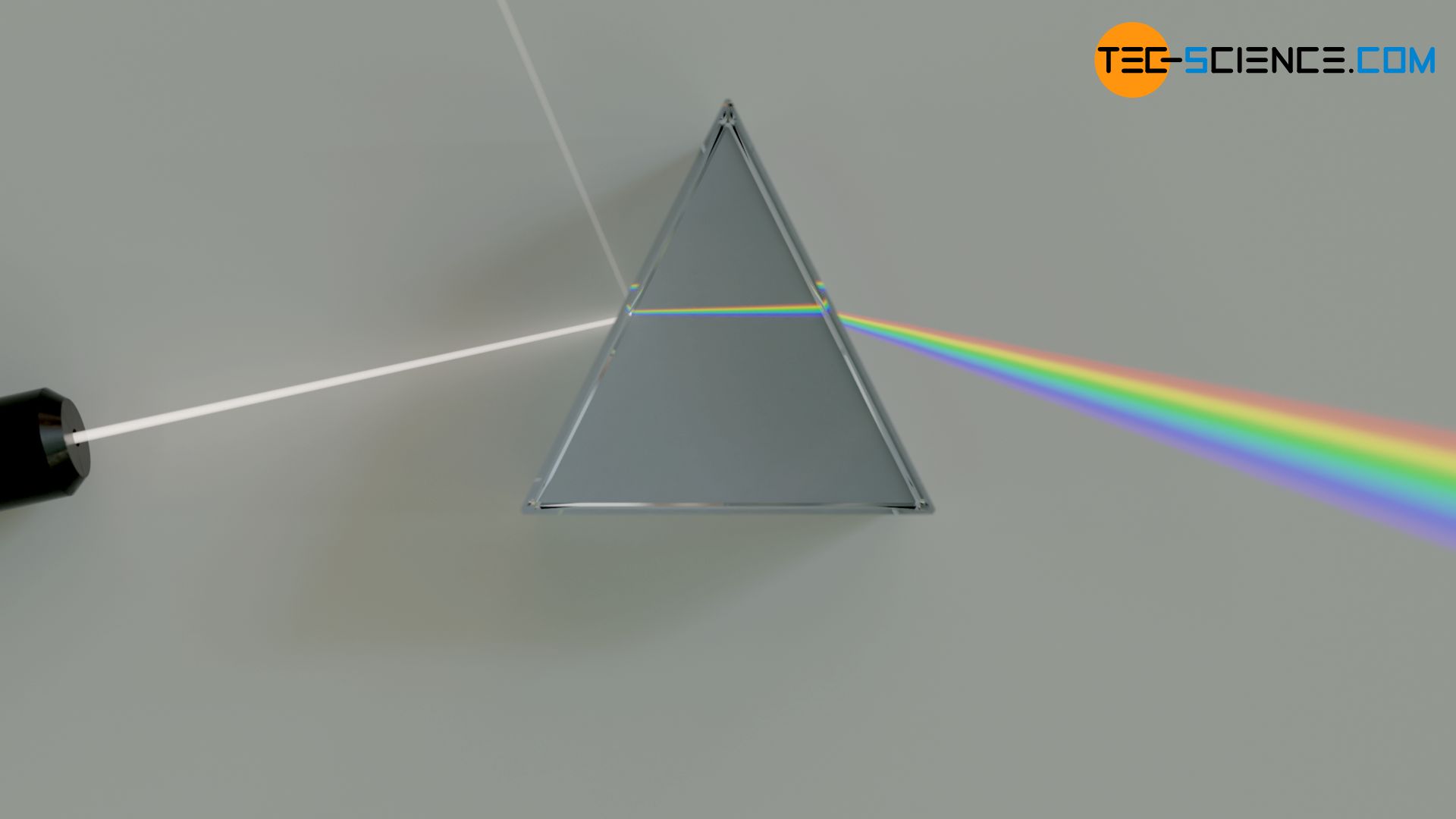 Depending on the wavelength of the light, different sensory neurons in the eye react and in this way communicate different colors to the brain.

The color vision of the human eye is caused by different wavelengths of light!

Responsible for color vision are receptors on the retina of the eye, the so-called cones. There are three types of cones, each of which reacts differently to certain wavelengths:

The color perception depends on how strongly the different cones react to the incident light. The sensitivities of the different types of cones are not sharply limited to certain wavelength ranges, but merge smoothly into one another. Red light mainly addresses the L-cones and blue light mainly addresses the S-cones. With violet light, on the other hand, both of these receptor types react equally to the light stimulus. With yellow light, the L-cones and M-cones are mainly addressed.

Different receptors in our eyes, so-called cones, react differently to the wavelengths contained in the light and thus create the color vision!

The figure below shows which colors are perceived according to the additive color mixing when the different cone types perceive a light stimulus.

Perception of light and dark (rods)

Experience shows that our eyes can perceive not only colors (so-called chromatic colors), but also achromatic colors without hue or saturation such as white and black (as well as grey). An object is perceived as black when there is no sensory stimulus for the receptors. Thus, such a black object does not emit any visible radiation. Therefore we “see” at night, far away from any light source, everything in black or more exactly said nothing, because the eye does not perceive any radiation!

If there is no sensory stimulus for the human eye, an object appears black!

In In most cases, even a black object will always emit or reflect a certain amount of radiation, no matter how small. The object will therefore never be exactly black but will appear in grey. In fact, even supposedly colored objects appear gray in poor lighting conditions. This is because the cones in our eye need a relatively high light intensity to trigger a stimulus. The color vision of objects therefore disappears in low light conditions because the cones are no longer stimulated.

The fact that we can still see these objects without (but without hue oder saturation), however, is due to another type of receptor, the so-called rods. In contrast to the cones, the rods react at much lower intensities. However, the rods cannot perceive any differences in the wavelengths of the light and thus do not give any color vision. Rods are therefore only responsible for perceiving light and dark. In fact, the human eye has about 20 times as many rods as cones, namely more than 100 million!

In contrast to the perception of a black color, which lacks any sensory stimulus, the perception of white, on the other hand, addresses all three types of cones in our eye equally (see figure “Additive color mixing”). This suggests the conclusion that the achromatic color white contains all visible wavelengths equally.

And in fact, this can be demonstrated relatively easily with a prism. If the white sunlight hits such a prism, the rays are refracted. Since the strength of the refraction depends on the wavelength (dispersion), the different colored light rays are refracted to different degrees. For example, the bluish rays are more strongly refracted than the reddish ones. In this way, the spectral colors contained in white light are separated and can be perceived individually.

The appearance of the color of an object is ultimately based on the principle of absorption and reflection of light when it hits the object and then the eye. If, for example, sunlight hits an opaque object with all its wavelengths, certain wavelengths are absorbed depending on the properties of the surface; the rest is reflected. Depending on which wavelengths are present in the reflected spectrum that hits our eyes, the object appears to us with the respective color.

From the reflected part of the incident light on an object, the color appearance of the object is created!

For example, a leaf on a tree absorbs almost all visible wavelengths except those between 500 nm and 550 nm (“green”). This non-absorbed wavelength interval is therefore reflected. It is the green wavelength spectrum. This is why a leaf appears green in summer.

If, on the other hand, an object absorbs only the color green from the incident white light and reflects all other wavelengths, then the S-cones (“blue receptors”) and L-cones (“red receptors”) are mainly triggered in the eye. As already mentioned, in this case the object appears violet.

If an object does not absorb any visible wavelengths and thus reflects all wavelengths equally, all receptor types are addressed to the same extent in the eye. In this case, the object appears white.

If, on the other hand, an object absorbs all visible wavelengths to a particular degree, then (almost) no visible radiation is reflected. The receptors in the eye are then also not stimulated and the object appears black.

Two colors are always complementary to each other when they are mixed to produce the color white.

Complementary colors are two colors that are mixed to produce the achromatic color white!

One can imagine the formation of the complementary colors as follows. First, white light is broken down into its spectral colors with a prism. Now one filters out a color in one’s mind by, for example, placing a small absorbing object in the appropriate place in the separated color beam. The remaining rays are now refocused with a lens. The resulting color of the bundled light is now the complementary color to the filtered color. 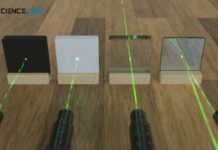 Interaction of Radiation with Matter 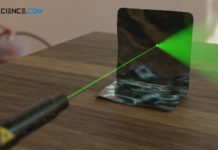